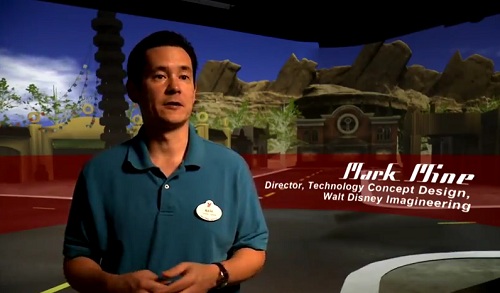 Mark Mine is Director of Technical Concept Design at Walt Disney Imagineering and the head of WDI’s new Creative Technology Group. The Creative Technology Group’s expertise in virtual reality and computer graphics has been applied to many projects including the Finding Nemo Submarine Voyage, Toy Story Mania, and the new Radiator Springs Racers at Disney’s California Adventure. Prior to working at Disney, Mark was a system engineer at NASA’s Jet Propulsion Laboratory in Pasadena California working on the Voyager Missions to the outer planets. Mark has a Bachelor’s degree in Aerospace Engineering from the University of Michigan, a Master’s Degree in Computer Science and Electrical Engineering from the University of Southern California, and Master’s and Ph.D. degrees from the University of North Carolina, Chapel Hill.