The Disney Store to Celebrate 25 Years of Magic Tomorrow 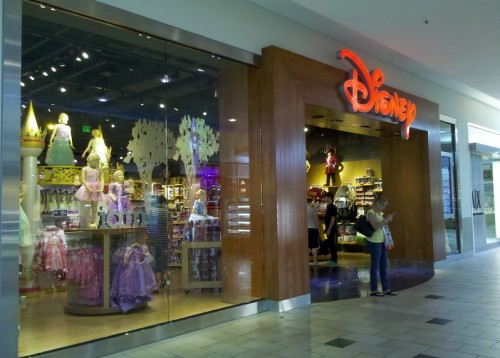 The Disney Store will celebrate its 25th anniversary on tomorrow at stores across the nation. In recognition of this important milestone, each Disney Store will give the first 250 guests at each location silver commemorative Mickey Mouse ears. In addition, each Disney Store will host a variety of family fun activities throughout the day, including Disney trivia, games, a dance party and more. As an added bonus, guests will receive 25 percent off purchases made in store and online at DisneyStore.com for the entire day.

“Disney Store’s 25th anniversary is about celebrating our guests, our products, and the memorable experiences we create for families every day,” said Jim Fielding, president of Disney Store worldwide, “We take great pride in delivering on the Disney promise of excellence, and look forward to bringing the magic of Disney to our guests around the world for many years to come.”

In 1987, Disney launched the entertainment retail model, by opening the first Disney Store in Glendale, California. There have been some ups (the Disney Gallery stores come to mind) and some downs (the ill-fated licensing of the stores to The Children’s Store). At one point there were over 700 stores open in the US. Today, there are more than 350 Disney Store locations worldwide, and more than 200 million people visit Disney Store every year.

In 2010 Disney Store launched a new store design featuring immersive Disney storytelling neighborhoods and interactive experiences, once again establishing itself as an innovator in specialty retail. I hope we’ll see many more innovations from Disney as retail continues to evolve.

As you can see above, The Disney Store created a commemorative video featuring guests who shared their favorite videos and photos of Disney Store memories over the years. Exclusive products inspired by Disney stories sets Disney Store apart, and a collection of 25th anniversary merchandise has been released with new artwork featuring a collage of favorite Disney characters. From collectibles like the limited edition Mickey Mouse light up Vinylmation figure, to apparel and stationery, the assortment allows every member of the family to share in this special occasion and create new memories with Disney Store.

There’s still time for guests to submit photos of their favorite Disney Store moments for a chance to have them seen by millions on Disney Store’s digital billboard in the heart of New York’s Times Square.

previousDid They Live Up To Week One? Dancing With the Stars Week 2 Recap
nextCastle 4-19: 47 Seconds