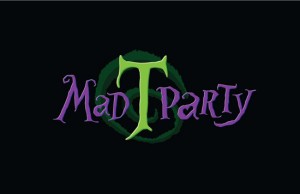 In addition to Cars Land, Buena Vista Street and the Carthay Circle Theatre, Disney California Adventure will be premiering another new experience this summer. “Mad T Party” will open, along with the above additions, on June 15th. Inspired by Tim Burton’s “Alice in Wonderland,” guests will be “invited to step through the rabbit hole and into an all-new fantastical world filled with music, games, dancing and fun for whole family!”

This experience will replace the popular elecTRONica nighttime dance party, which was originally introduced on a temporary basis, but was extended to Labor Day, 2012. Later, that date was pulled back to April 15, 2012, in order to make room for Mad T Party. This is a relatively easy transition for fans of the original party, like myself, as Mad T Party seems to be more of a re-skinning than a complete overhaul. 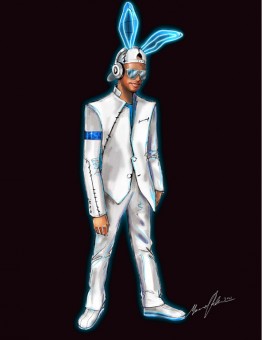 Still, it’s an exciting update. The Disney Parks Blog recently provided a glimpse at what guests can expect, including lots of great illustrations of the characters that will be involved. The Mad T Party band will feature some familiar faces: The Mad Hatter,  Dormouse, Cheshire Cat, and more, all with the White Rabbit serving as DJ.

DisneyAuditions.com has a posting for male vocalists who want to be part of the Mad T Party Band. They provide the following list of songs, which may provide a hint at what music guests can expect:

Overall, I think this is an exciting update. I’m a huge fan of the Tim Burton adaptation of “Alice in Wonderland.” After it achieved box office success, there was a lot of chatter that perhaps an attraction inspired by the film would enter the parks. While I wouldn’t support a ride, this nighttime party seems like a great way to include this version of the story in the parks.