With Storybook Circus soft opening this week, it was a great time to get some unique shots of the New Fantasyland expansion construction. I didn’t get everything this trip, but there’s still a lot to see, so let’s get started: A great view from the top of the new Dumbo spinner. Obviously, there’s a lot of work to do on the other side. 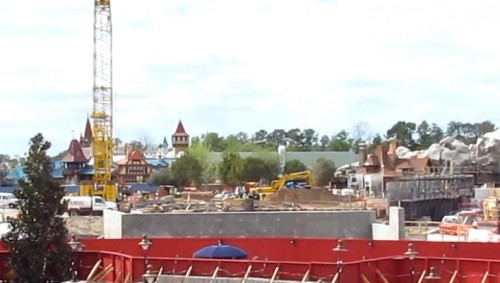 Zooming in a little bit, you see some of the support walls for the mountain that will presumably house the Seven Dwarves Mine Train roller coaster. 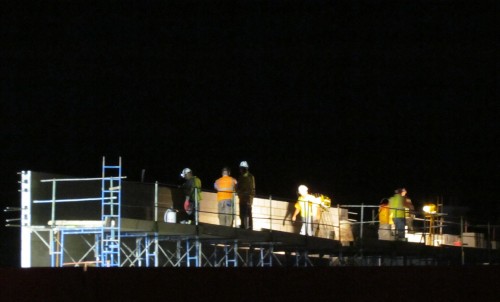 A little night work going on atop the high wall on the right of the picture above. 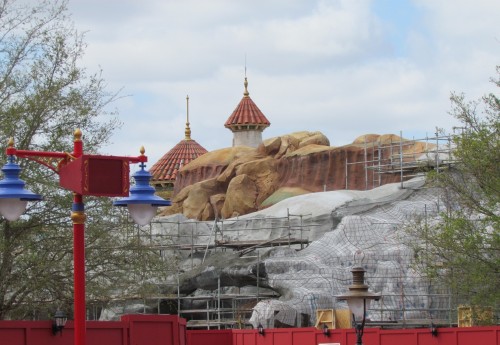 Rock work continues on the Little Mermaid attraction. But they do appear to be getting close to done here, at least. 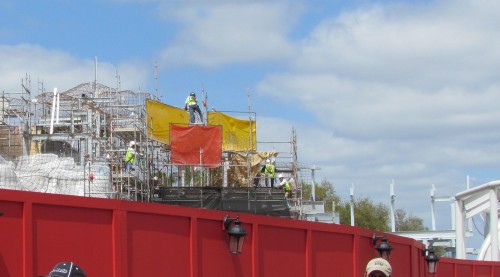 Around the corner it’s a different matter. This area will build a rock work birm aiding the transition between the forests behind Cinderella castle and Carolwood Park where the Circus has come to town. This brings up the point that the two themed areas are so wildly different in era and element they really can’t be in the same land. Do you think Carolwood Park (aka Storybook Circus) can stand alone as a land? 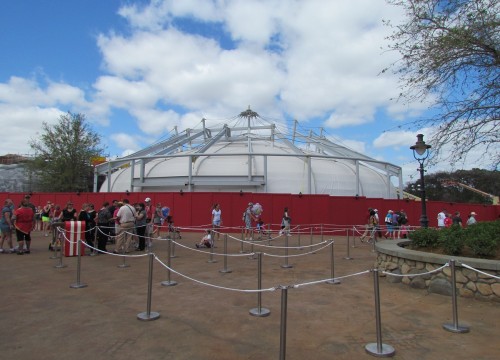 The larger of the two tents is still awaiting its outer shell. The interior shell is the same size as the old tent, but new supports have been added that will make the tent appear larger on the outside and, hopefully, protect the structure from high winds. 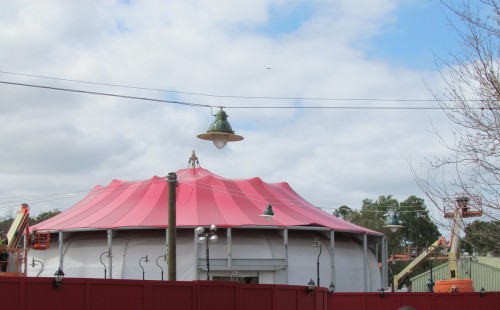 The smaller tent has its hat on, but not the full skin yet. This was taken from in front of The Barnstormer. The new queue will present some line-of-sight issues for Imagineering. For instance, they’ll have to hide that green building on the right there. 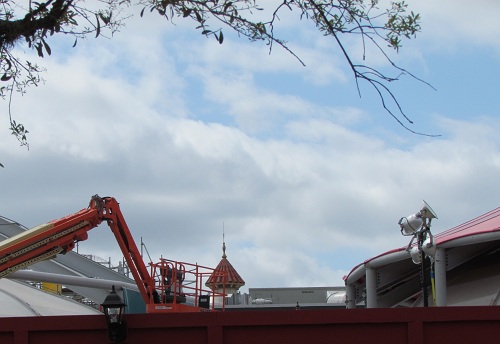 Another line of sight issue has the top of Prince Eric’s castle, and its show building, peeking up between the two tents when seen from the new Fantasyland Station exit. 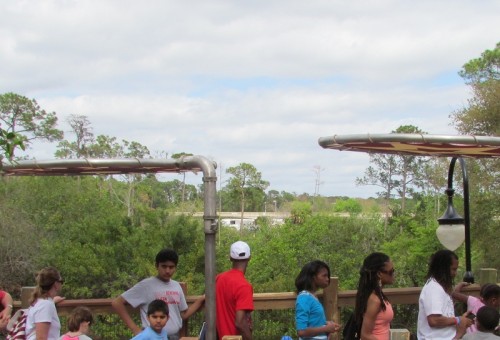 This view is from near the new entrance of the Barnstormer. This side used to be the exit, but work on the other side of the train tracks has thinned the forest and now the outside world is intruding at exactly the wrong moment. I don’t want to see busses and trucks in a parking lot and the Monorail is not well-themed to Storybook Circus. So Imagineering has more work to do here. 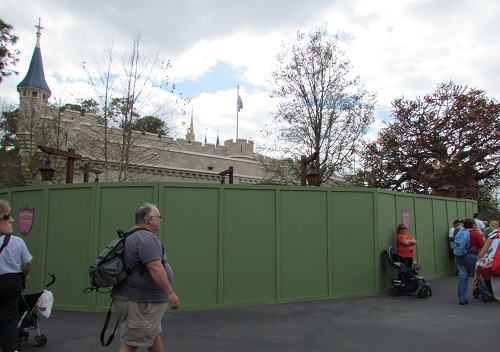 I think I reported this before, but just in case. The Tigger Bounce Pad section of the new Interactive Winner The Pooh queue is officially going bye-bye and will eventually become the new permanent home of a character meet and greet. Or they could be putting Fast Pass back, but most people say it will be a meet and greet. :)

Finally, here’s a video taken from the new Dumbo location. It’s a little shaky when viewed in real time. However, go watch it in HD and pause every now and then to get some great details

Thanks for reading, I’d love to know what you’re most looking forward to in the New Fantasyland?