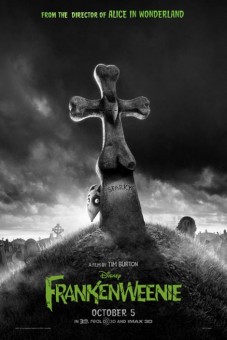 After the success of the black and white and nearly soundless film “The Artist”, prospects must be looking up for the latest film from creative genius Time Burton (“Alice in Wonderland,” “The Nightmare Before Christmas”). This October, Disney will release Burton’s “Frankenweenie” which takes the subject matter of one of his early live-action short films and elevates it to feature length stop-motion animation.

“Frankenweenie” is a heartwarming tale about a boy and his dog as only Tim Burton could tell it. After unexpectedly losing his beloved dog Sparky, young Victor harnesses the power of science to bring his best friend back to life—with just a few minor adjustments. He tries to hide his home-sewn creation, but when Sparky gets out, Victor’s fellow students, teachers and the entire town all learn that getting a new “leash on life” can be monstrous.

A stop-motion animated film, “Frankenweenie” was filmed in black and white and rendered in 3D, which will elevate the classic style to a whole new experience. It features the voices of Catherine O’Hara, Martin Short, Martin Landau, Charlie Tahan, Atticus Shaffer, Robert Capron, Conchata Ferrell and Winona Ryder. 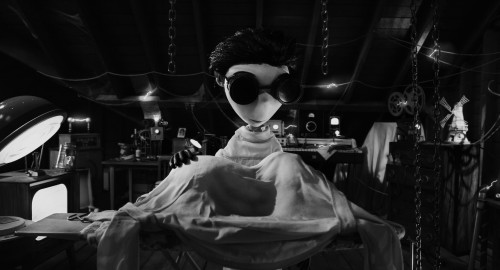 I have to say I really love the look of this film. Even the 2D trailer shows great depth of field, so you can imagine how wonderful the 3D experience will be. Plus you’re instantly entered into a world that can only come from the mind of Tim Burton, a place I love to escape to as often as I can.

Are you looking forward to Frankenweenie?

3 thoughts on “Frankenweenie Trailer is latest from Tim Burton”