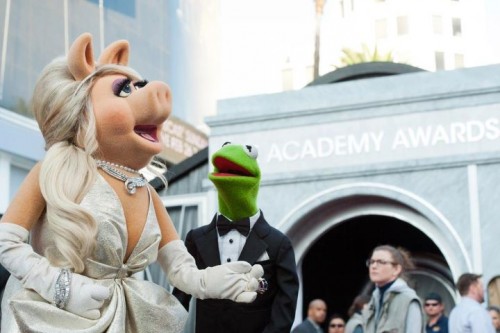 Miss Piggy and Kermit arrive on the Red Carpet. The show can officially begin.

Disney was the television host for the Academy Awards last night which means we were treated to a strange new trailer for Brave and a bunch of ads for ABC television during the telecast. Disney’s presence on the award stage itself was notably almost absent. The Muppets won in a category where there was only one other competitor – Best Original Song and The Help, a film which Disney only distributed, only took home one award (albeit greatly deserved) for Best Supporting Actress.

On the Red Carpet, Disney CEO Bob Iger created a stir by inviting the Prince of Monaco, whose mother Grace Kelly won an Academy Award 60th years ago. A nice touch, but talk about not being in touch with your audience; Iger seems to forget who pays his salary (the people who visit the parks, watch the ads, and buy the merchandise). Try not to distance yourself so much Bob, it makes you, and the company you lead, look aristocratic. 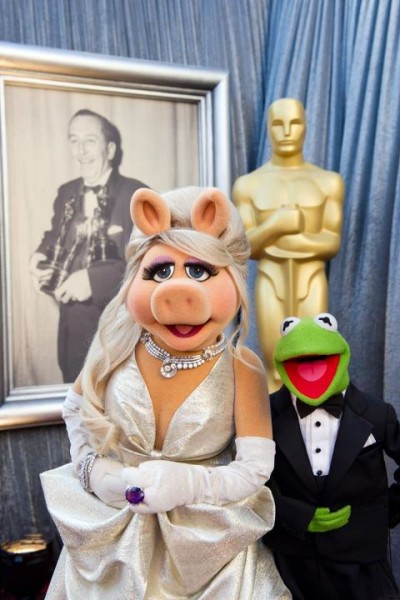 I thought the show itself was terrific. Billy Crystal did what he does best, get the show started on the right note, lightly lampoon Hollywood itself, and then mostly stay out of the way. The perfect host. Someone get him to sign up for next year too. Just throw in ownership of the Dodgers and he’ll be there.

A big congratulations to the team behind The Muppets. The song “Man or Muppet” created by Bret McKenzie most deservedly won. Kermit and Miss Piggy made a decent splash too, with Miss Piggy even trending as “Best Dressed” on Twitter for a while. With the DVD already available for pre-order, this will no doubt be a big help for its sales. 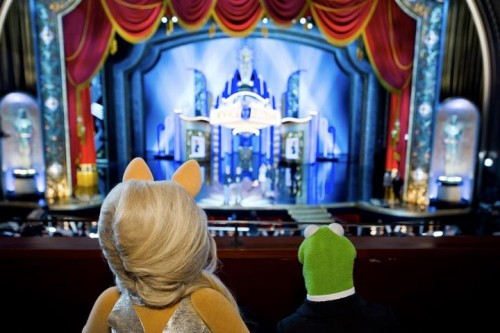 Signing off from the Academy Awards.

What did you think about last night’s show?

3 thoughts on “Oscar Night, Where was Disney?”