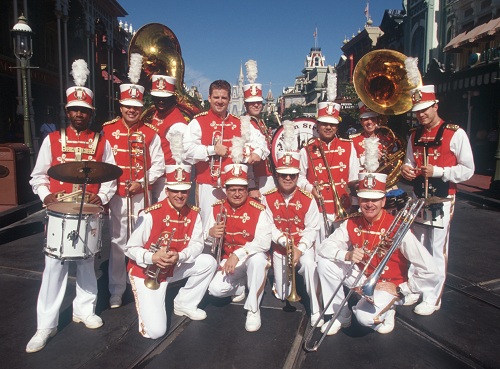 “The positive working relationship between Walt Disney World and Local 389 is the centerpiece of our success,” said Mike Avila, president of AFM, Local 389. “We’re pleased we could come together on an agreement that meets the needs of both Disney and our musicians.”

“Throughout every step of the negotiation process the team at AFM, Local 389 worked hard with us to find common ground,” said Steve Eisenhardt, vice president of labor relations for Walt Disney Parks and Resorts. “Our new agreement recognizes the unique contributions the musicians make at Walt Disney World Resort and helps set up our musicians and our company for success in the coming years.”

For more than 40 years, Walt Disney World Resort has maintained a positive working relationship with unions and regards their members as a key part of the company’s business success. Across the resort, 18 unions currently represent approximately 36,000 Cast Members.

Previously: How to become a Walt Disney World musician.