Before they were Stars, They were Disney Cast Members 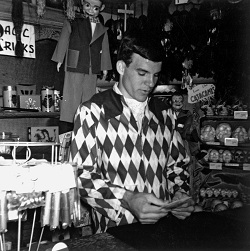 The WDW Fan Zone has collected a great list of current day celebrities who got their start as Cast Member at one of Disney’s theme park or cruise ships.

Here are a few of the big names you probably already know,

but there are a few surprises on the list too..

Go over and read the whole list and help them fill in any blanks they might be missing.

previousBrazil a replacement for Euro-Tourism?
nextVideopolis: When I See An Elephant Fly – A Capella Multitrack