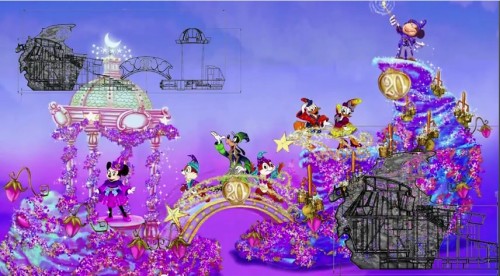 Seems like we were just celebrating Disneyland Paris’ 15th Anniversary. But five years have indeed raced by and now we’re on the doorstep of the 3rd decade for the park. They’d better make it count, Disney’s themeparks are known for needing some extra maintenance once they reach the age of 40 or so. But let’s not get ahead of ourselves. 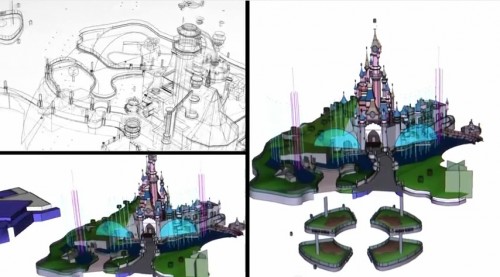 A new video has been released with some fun behind the scenes looks at a new parade and castle show for the most beautiful Disney theme park. I also enjoyed the interviews, Steven Davison is looking healthier than he has in years. The goatee is a nice look I think.

Part of the celebration will include Mickey and Minnie and some of your favorite Disney characters having redesigned costumes when they appear in the new Disney Magic on Parade! The parade will begin with a tribute to Disney Magic and include new music, floats and choreography.

The castle show, Disney Dreams, looks like a combination of the Magic, Memories, and You show at the Magic Kingdom and World of Color at California Adventure. Should be amazing, even if it does appear that they’re running out of names. Isn’t there a cruise ship called the Disney Dream already?

previousOnce Upon a Time 1.10 – 7:10 AM Recap
nextDisney Fantasy Sails to the Open Sea