Imagine you’re going out to your favorite Italian restaurant where you got engaged, had your wedding reception, and now eat every Sunday with friends and family for a lovely Prix-fix meal. There’s the roving accordion player, the bottles of imported Chianti on every table, and the pasta with home-made meat sauce that you just can find anywhere else.

One Sunday you sense something is different with the Chianti. It’s no longer imported from a small vineyard outside of Tuscany. Instead it’s from California. When you ask the manager about it, he shrugs and says that it was either cheaper wine or higher prices. When you ask him why the price increased last week, he smiles and says, business is better than ever, so we raised prices.

A few weeks later you arrive for your Sunday meal and notice that the meat sauce isn’t as flavorful any more. You ask the manager and he says that they’re now using canned tomatoes instead of fresh. Most diners don’t notice, he claims. It’s either that or raise prices. When you point out again that he raised prices last week, he says that business is better than ever, so we can justify raising prices.

The very next week you decide to skip a meal, but you get a text message from your friend that the Italian restaurant let the accordion player go and replaced him with new CD of accordion music. Add to that, prices went up again.

So the next Sunday you decide to head to Olive Garden instead. The price is less, the meat sauce comes from a plastic bag made at a factory, and you can’t hear the music because the acoustics are horrible and every table is talking loudly just so they can be heard. Sure it’s an Italian restaurant, but it’s nothing special.

This week you decide to return to the original Italian restaurant. It needs a new coat of paint, your favorite waiter has left, and the price went up again. The food, if anything, is a little better, but the accordion player is still gone, and you suspect the Chianti has been watered down. Still it’s better than Olive Garden even if it’s not the same as before, so given the options, you’ll choose the original.

Many times that’s what it feels like to be a Disney fan.

Take today’s news that men will allowed to wear bears and goatees on stage. Disney parks are more than just an amusement park, they’re a carefully constructed show where every details is important. One of those details is the way you feel when you interact with a cast member. You’re supposed to feel welcomed and scruffy looking nerf herders are known to not be welcoming. So what’s up?

Feels like another example of declining show. But Disney knows that there’s a business need to relax cast member grooming standards. They need more cast members and short of raising salaries significantly (which you know they’d never do), they need to bring in more employees from overseas and from cultures where growing a beard is not seen as scruffy, but rather as comforting. Not having these employees on staff would mean longer lines, slower food, and a dirtier theme park. That’s also bad show. So for Disney management, it’s a trade off. 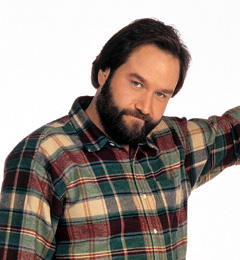 Thus, we endure a little less show with the understanding that there really isn’t an alternative. Plus, we have so much emotionally invested in the parks, that we can endure more and continue to come back. Those new guests, they don’t notice the lower standards, they only know it’s better and bigger than that theme park or family entertainment center at home and cleaner than the movie-plex.

In the scheme of things, a little more facial hair isn’t going to affect your visit to a Disney theme park that much one way or another. Maybe they’ll add a walk-around ‘Al Borland’ from Home Improvement.

The question that remains to be answered is, how long can can standards be lowered before a competitor steps in who is able to match, if not exceed, Disney’s standards. We’re definitely getting closer to that day and what will Disney do then?