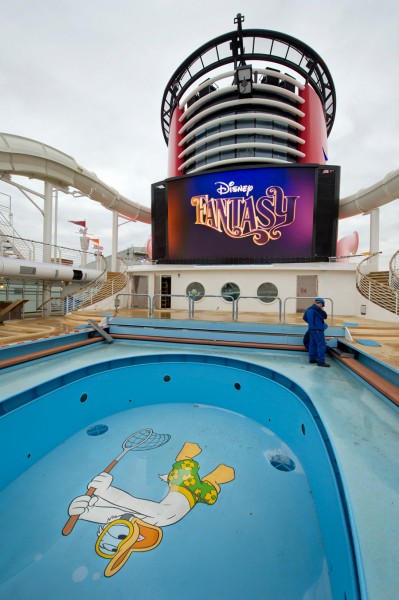 The Disney Fantasy was just floated out of drydock at Meyer Werft and now the work on finishing touches begins. While much of the ships design, layout, and feel matches the Disney Dream. The Disney Cruise Line has made some changes based on what they learned from the first few months of operations on the Disney Dream.

The first set of photos from on board the Disney Fantasy show a few of those changes. For instance, the upper aft deck where the adult quite pools are, has a new hot tub area. 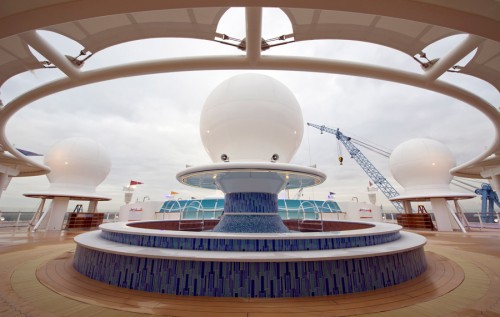 Inside the ship we find the Art Nouveau-inspired atrium lobby, with its a sweeping grand staircase, towering fluted columns, an exquisite marble and stone inlay floor and a cascading chandelier of stained glass and crystal beads. 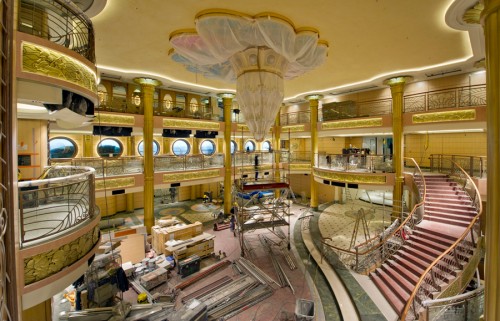 The last two photos are from Animator’s Palate. It will feature a new show that lets every guest design their own animated character who will then be made part of the show later on in the dinner. I’ve seen one of the early concepts and it is very cool. 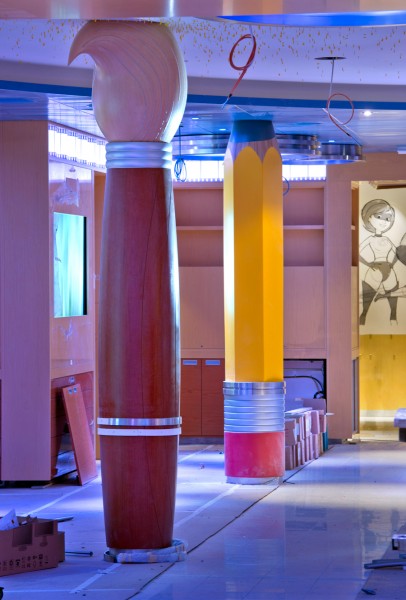 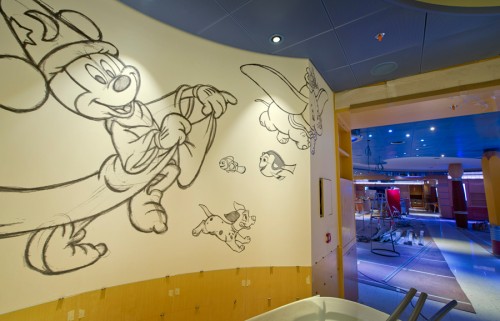 A big thanks to Disney for sharing these photos with us. I look forward to seeing many more as the ship nears its first cruise in March.

5 thoughts on “Disney Fantasy Photos Show Improvements from the Dream”