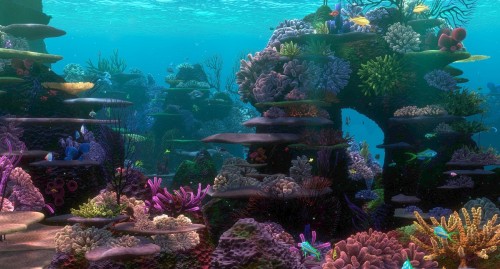 The Lion King 3D was a big success, Beauty & The Beast 3D is expected to draw in similar sized crowds, and now it’s time to see the first Pixar film to get the 3D conversion treatment. One of the remarkable things about Finding Nemo is how they brought depth to a film that took place mostly in the ocean. Just look at the background above. That should convert beautifully to 3D.

The trailer for Finding Nemo 3D sure features a lot of the scenes where I’m sure 3D will be a great addition. I don’t know about you, but I didn’t fall in love with the movie for the special effects. It was the story and the characters that drew me to the film. Will 3D improve that? It might. With so much of the movie taking place undersea, the 3D might make you feel even more enveloped by the story, like you’re right there on the adventure.

That’s why this is one I’ll probably go see. What about you?