I didn’t make it to Disney’s Hollywood Studios until late in the season. That was a shame because the park had some great holiday fare this year. The chief of which was the annual mega-christmas light show in the Streets of America. For 2011, the Osborne Family Spectacle of Dancing Lights was upgraded with a new fiber optic canopy of lights that took 14 days to program. It definitely added new life to the experience and drew plenty of applause from the crowds. Here’s a quick highlight video:

While the whole display is a tribute to the Osborne family, Jennings Osborne, the family’s father, died earlier this year and a new ‘Razorback’ light sculpture has been added in his honor. 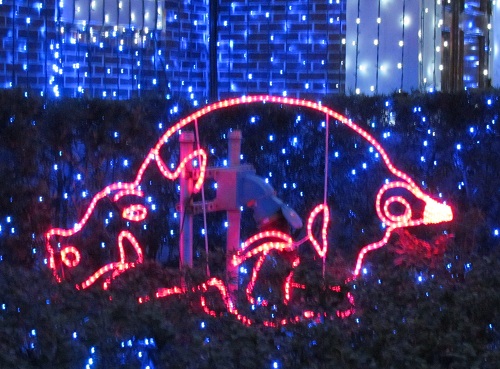 Also nice, although not necessarily new (I think it was added last year, but memory fails) was a window display with images from previous year’s Osborne displays. This was pretty neat and I hope Disney makes it available on Youtube or Slideshare at some point. 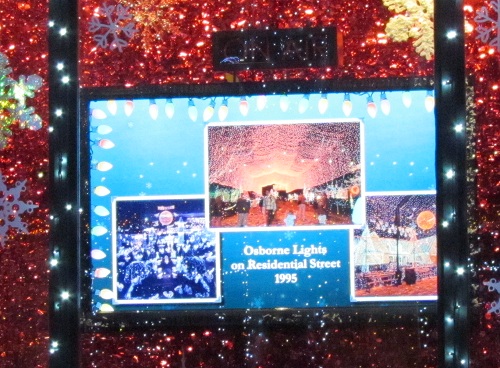 Thank you to all the artists and technicians who worked hard and long to make this display so beautiful. You made our whole group’s night.