The Park with the Dragon in the Basement 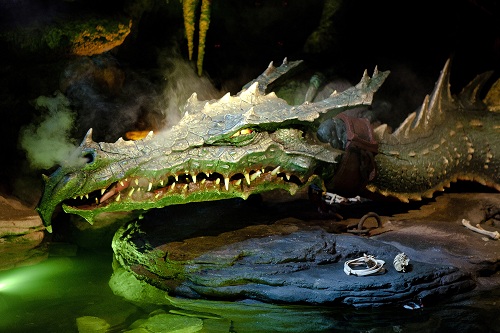 Disneyland Paris has always been the most beautiful of the Magic Kingdom parks which leaves us U.S. theme park based fans jealous. The number one item that turns us green with envy is the dragon lair under Sleeping Beauty Castle. Over the years, the shine had fallen off the dragon to the point where many of the effects just didn’t work. Thankfully, the park is in the middle of a wide ranging plan to rehab some elements that had, of late, fallen into disrepair. This includes the dragon and its lair.

The dragon has just come back on line and Alain Littaye of the amazing Disney and More blog, visited to see what the Imagineers did during the update. According to Alain, it’s even better than before and he has some pretty amazing photos to show it.

The following video has nothing to do with the dragon… but it does show the holiday parades at Disneyland Paris, which I think are cute this year. So enjoy: