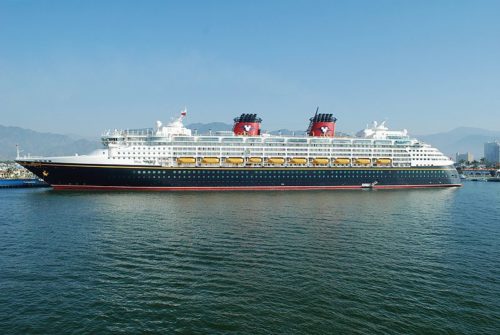 I’ve been hearing about some pretty amazing cast member discounts on Disney Cruise Line vacations departing from Los Angeles. Apparently they’ve been having trouble filling the ships and now that softness in the market has resulted in DCL rethinking their west coast strategy a bit.

Guests who had booked 7-day cruises leaving from Los Angeles in December 9, 16, 23 and 30 next year have been told to rebook for an earlier cruise. The Cruise Critic speculates that Disney will be repositioning the Disney Wonder to the east and moving the Disney Magic to the West Coast for possible cruises to Hawaii.

We’ll keep an eye on this, but if you want to get in a Mexican Riviera Cruise, now’s probably a good time to book.