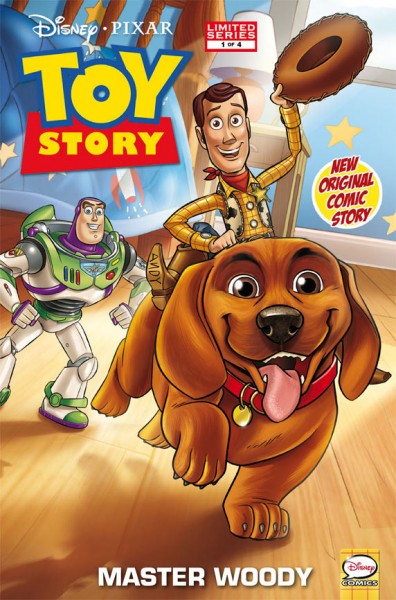 While Pixar’s John Lasseter may have declared that the studio won’t be making a Marvel super hero movie, the same can’t be said for Marvel making a Pixar comic book. Buzz Lightyear, Woody, and the rest of the gang will soon lead readers to infinity and beyond as Marvel and Disney Publishing debut a four issue Toy Story comic book. The series promises entirely new content and stories to comic and Pixar fans.

“Everyone loves Toy Story, so we’re excited to team with our friends at Disney-Pixar to bring readers all new stories of our favorite characters from these blockbuster films,” said Axel Alonso, Editor in Chief, Marvel Entertainment. “Toy Story allows us to bring great new material to the market that’s not only perfect for kids, but also a great read for fans of all ages. What’s next for Woody and Buzz in these stories? We can’t wait for you to find out!”

Pixar and Marvel already have done some limited partnering, I expect there to be a lot more in the future. What Pixar film would you love to see explore more by Marvel’s team?