I have to say that this poster for the IMAX 3D version of “John Carter” (of Mars) does a terrific job at building a case for 3D. Instead of the typical head shot with a scenic background, you feel like you’re right in the middle of the movie’s 3D excitement. The use of perspective and an action snapshot goes a long way to making it work. 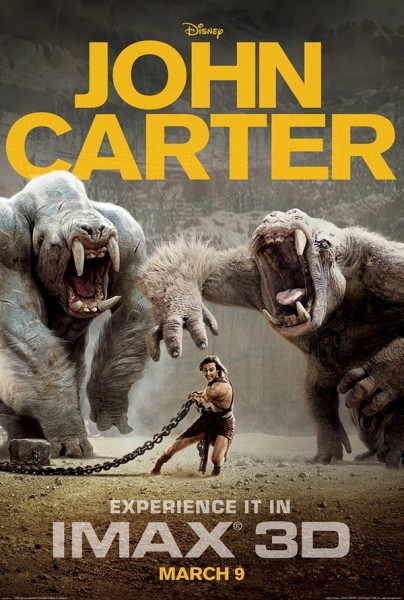 Those creatures are the much feared ‘White Apes’ that John Carter is forced to battle. At this point it looks like the film is channeling “Lord of the Rings” mixed with “Avatar” 3-D technology. I know I can’t wait to visit Barsoom and am now more likely to book at 3D IMAX version for my first viewing, how about you?