Every year my mother and I travel to “The World” and go resort hopping to check out the Christmas Decorations…but mostly to see the beautiful Gingerbread creations the resorts create. This year was no different. We started at the Boardwalk at around 12:15. (Tip #1: Don’t be afraid to explore hotels! Even though there are guards before you enter the parking lot, they are more than happy to let you in if you say you want to check it out!) 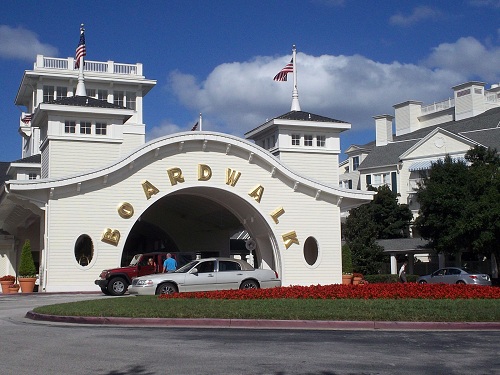 Boardwalk is the newest to the Gingerbread party. They have recently found their “niche” with a Gingerbread gazebo. This year’s main character was Stitch, with Donald playing a supporting role as Santa coming down the chimney. A train circles the gazebo with each of the cars representing a store or restaurant on the Boardwalk. (Tip #2: All Gingerbread displays have Hidden Mickey’s! Look at the sign in front of the display to see how many there are to find!) 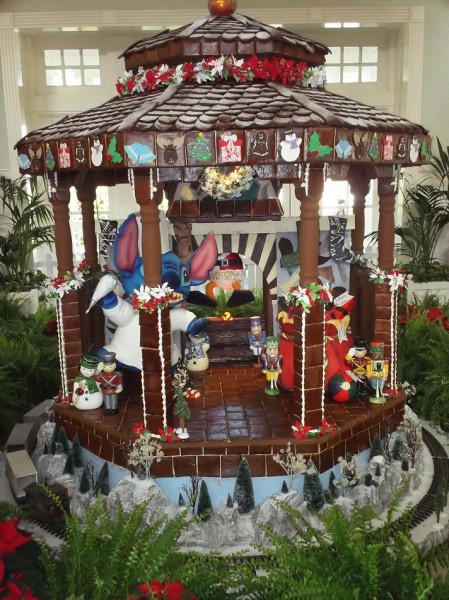 This they have also added a store. When I went, they were only selling Stollen Bread and Mini-Gingerbread houses. I have heard they will start having more of a variety of products soon, but I can’t confirm that. The store has a cute Stitch overlay as well. Thanks to the cast member for smiling for the picture! After that we took a stroll along the boardwalk, heading left. We looked around in the store for a bit, received a lecture from a Disney Vacation Club cast member, and then entered the Yacht Club. Yes, I know, the Yacht Club doesn’t have a gingerbread…well anything! None the less, we go every year, since it is next to the Beach Club. 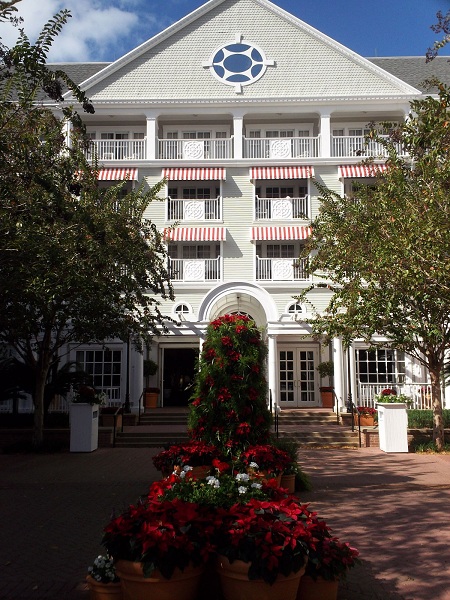 They do have a nice train display, but I forgot to take a picture of it… whoops! The tree distracted me… promise! The lights are wonderful on this tree though, it really goes nicely with the dark woods of the lobby. After staying there for a bit (We went to the store in every one of the hotels we went to so I could purchase the holiday pin, in honor of the hotel’s gingerbread display…oddly enough, the Yacht Club had a gingerbread pin…but no display!) we walked passed Stormalong Bay and headed up the stairs, and into the lobby of the Beach Club.’ 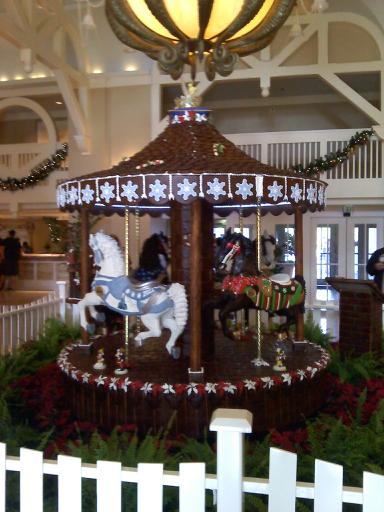 This year, they also added a store with some really neat TV’s on the side showing the construction process in super speed. Underneath was a really interesting QR code… made of gingerbread! 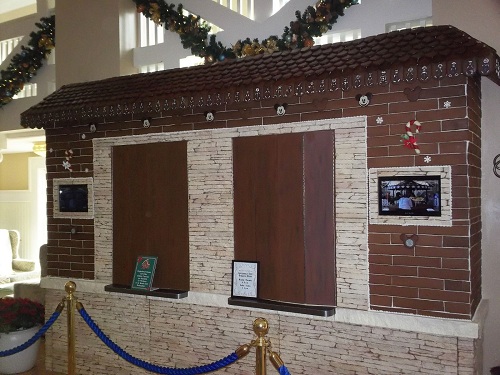 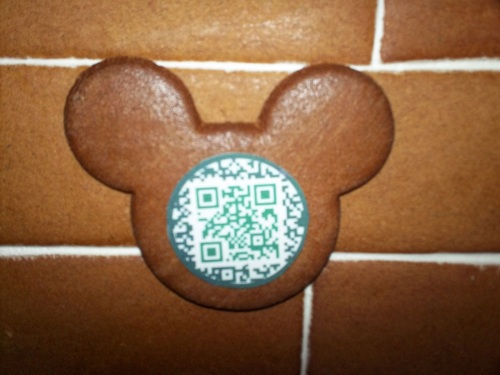 Also, don’t forget to check out the gingerbread castle… not as extravagant as the carousel… but still beautiful none the less! We had a nice lunch at the deli (Tip #3: If you don’t like the restaurants in the parks, don’t be afraid to try ones at the hotels! Also, don’t stick to your hotel, go across property and try something new!) then got in the car and headed to the Contemporary. There, a gigantic… yet rather bland… tree greeted us in the parking lot! Inside, we headed up to the 3rd floor to check out the new(er) Mary Blair inspired Gingerbread tree! I have enjoyed this one for as long as it has been there. It is simple, but a wonderful holiday edition! I then headed outside to see the huge Mickey wreath on the side of the hotel. Though nice during the day, it is ten times better during the night as it fills with lights… and who can say no to Christmas lights!? I mean COME ON!! 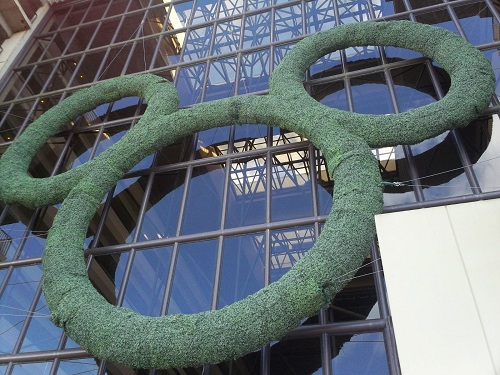 Then… off to the Grand Floridian we went to end our holiday hopping. It is a tad fitting as the hotel gleams during the holidays. With the 3 story Christmas tree in the center of the lobby and the Gingerbread house in the corner selling any type of gingerbread you can imagine… the holidays just seem brighter! 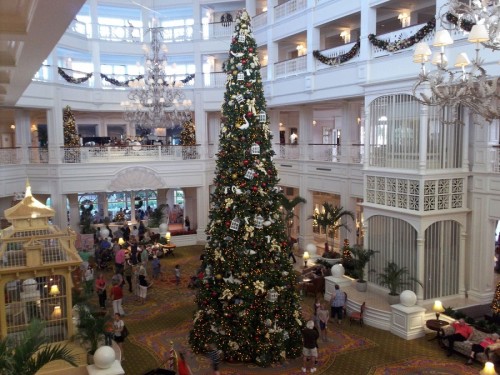 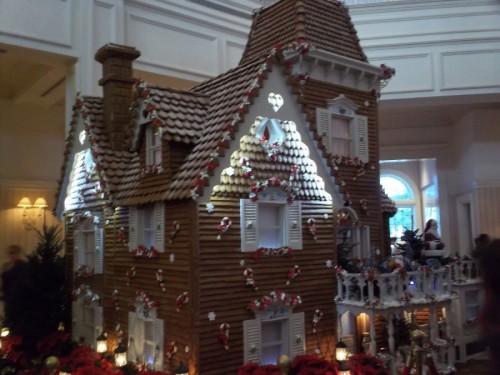 After that, we ended our day driving back to Tampa listening to Christmas music, enjoy everything that is December. Anyone else do the same thing as me? Ever considered? What’s your favorite thing about the holidays at Disney World? Let me know in the comments below! Until next time… Have A Magical Day!