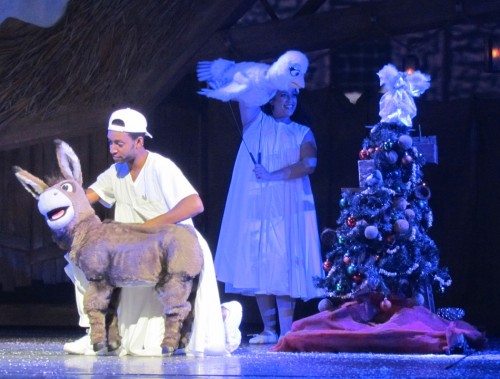 While Walt Disney World has owned the winter holidays since opening in 1971, the other major players in town are beginning to make some inroads into the lucrative tourist market with major new Christmas programming of their own. 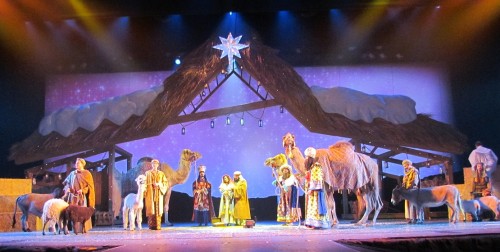 At the end of “O Wondrous Night” all the puppets are replaced with real life versions of themselves.

The park that has made the biggest improvement so far is SeaWorld Orlando. There is more than just decorations a plenty, but a great entertainment lineup has been added and expanded. The best part, is its all free with your regular park admission (check SeaWorld’s Calendar to make sure the park is open late and offering its holiday fare on the day you’re atttending). Check out our coverage of what’s new in our previous post. 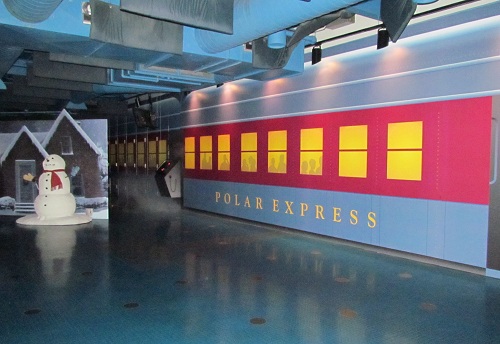 Of course, the old favorites like Polar Express are back too.

We were invited to SeaWorld Orlando to enjoy the official kickoff of the 2011 Christmas season. I’ve edited a video with highlights of the evening. But there’s so much more than I had time to show here. I hope you’ll go and catch the spirit of the season at SeaWorld for yourself:

Are you planning to visit SeaWorld for Christmas this year?