Disney’s Stand-Alone Hotels On Hold or Over? 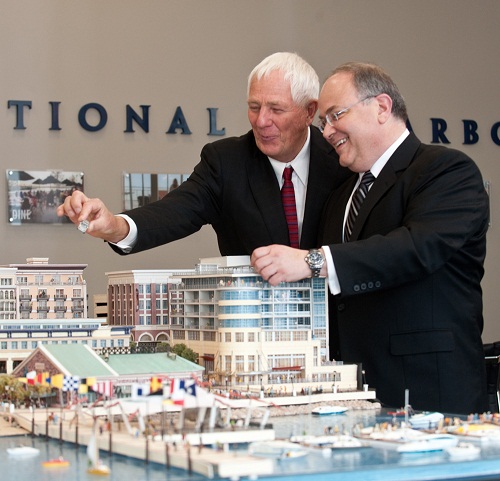 Jason Garcia at the Orlando Sentinel has bit more background on Disney’s decision to cancel the National Harbor hotel. Disney claims that DVC was not going to be a part of the hotel and that Aulani’s troubled start had nothing to do with it.

analysts say the decision to scrap the Washington project also reflects just how challenging it could be for Disney to sustain standalone hotels, which, after all, can’t bank on theme-park visitors to drive occupancy. They are a particularly heavy lift in a still-moribund real-estate environment in which Disney can’t bank on quick time-share sales to help sustain a resort.

Disney doesn’t expect Aulani to achieve sustained occupancy levels until January 2015, according to documents submitted to state time-share regulators in Hawaii. The project is expected to be fully built by 2013.

Much of the executive team that developed this expansion plan are gone or in other divisions in the company. Plans from team evolved from when the Disney Development Company (Disney’s hotel division) was more tightly integrated with Walt Disney Imagineering and the Parks and Resort Division. Many insiders consider that one of the worst moves ever made by Michael Eisner and resulted in under developed and underwhelming projects such as Hong Kong Disneyland and California Adventure, both of which have required huge expenditures to address problems.

It sounds like those left behind were not willing to take the fall if the original plans didn’t pan out. Instead the company is focusing on larger projects such as Shanghai Disneyland and Avatar at Walt Disney World. Plus they have that whole California Adventure & HKDL extreme makeover problem to worry about still.

So what do you think? Are Disney’s stand-alone hotels on hold or over?

Read our previous coverage of Disney’s decision to cancel the hotel outside of Washington DC.