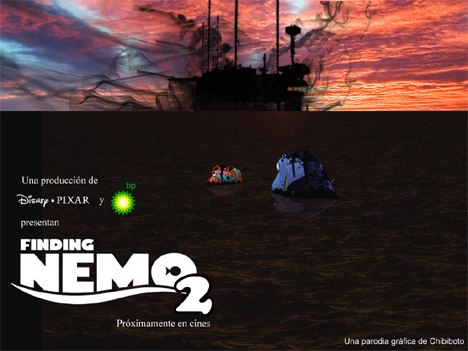 After reading a strange press release found by Big Screen Animation blog, I had to double-check the calendar to make sure it wasn’t already April Fools day. A Canadian oil company has renamed itself after Pixar Animation Studios, perhaps in hopes of capitalizing on the success and goodwill of the popular brand and white-washing its own dirty industry image.

Previously known as Paramount Resources, I guess the executives got tired of being named after one of Hollywood’s has-been brands.

As far as I can tell, this is not a joke, there’s even a serious sounding press release composed without a hint of irony. It’s being reported in the wider media as well.

Mike B., who owns Big Screen Animation (and writes non-animation related material for The Disney Blog) broke the story. I bet he was surprised when that press release got picked up in his keyword dragnet.

I’m no trademark expert, but this seems like shameless hijacking of a well known brand by an industry in desperate need of good publicity—the Alberta tar sands are an environmental disaster.

Coincidentally, Leslie Iwerks, director of The Pixar Story and A Day in the Life of John Lasseter, made a series of documentaries about the issue. You can watch one of them, Downstream, here.

Unfortunately, I doubt Pixar has a trademark claim here. The industries are diverse enough there shouldn’t be any real confusion among the public that they’re the same company. That is why we can have Dove soap and Dove ice cream bars. The trademark name can be the same, but the trademark logo must be sufficiently different.

As a fun coda to the story, Mike posted to Twitter the following image which is a look at his web traffic logs shortly after the story went live. Guess the story raised some eyebrows up in Emeryville.