Disney’s Newsies To Have Limited Run on Broadway 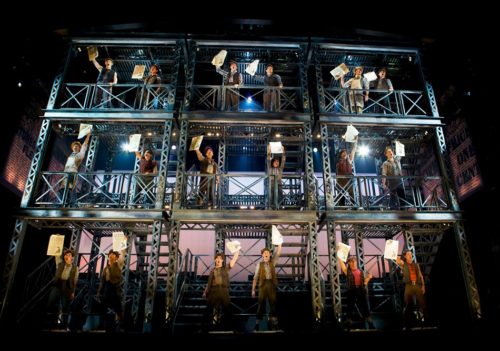 Due to popular demand and critical acclaim, Disney Theatrical will bring Newsies, the breakout new American musical, to Broadway in New York City! Following its critically-hailed run at Paper Mill Playhouse earlier this fall, the show will play the Nederlander Theatre for a limited, 101-performance engagement. 101 is reportedly the magic number for the production to break even and with theater space at a premium in NYC, they may not be able to extend it much beyond that.

Newsies will run March 15 through June 10 with tickets going on sale Jan. 30! To sign up for a special ticket offer, visit http://www.newsiesthemusical.com/.

Set in New York City at the turn of the century, Newsies is the rousing tale of Jack Kelly, a charismatic newsboy and leader of a ragged band of teen aged ‘newsies,’ who dreams only of a better life far from the hardship of the streets. But when publishing titans Joseph Pulitzer and William Randolph Hearst raise distribution prices at the newsboys’ expense, Jack finds a cause to fight for and rallies newsies from across the city to strike for what’s right. 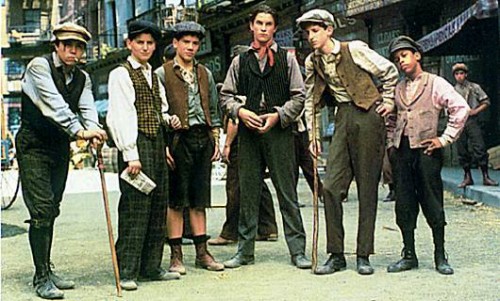 Newsies, the movie still has quite a cult following.

Newsies is inspired by the real life ‘Newsboy Strike of 1899,’ when newsboy Kid Blink led a band of real life orphan and runaway newsies on a two-week long action against Pulitzer, Hearst and other powerful newspaper publishers. The original Disney film has morphed into a cult phenomenon with a generation of avid fans discovering the movie on VHS and DVD. The stage version introduces several brand-new songs by the original team of Menken and Feldman while keeping many of the beloved songs from the film, including ‘Carrying the Banner, ‘Seize the Day,’ ‘King of New York’ and ‘Santa Fe.’

My hope is that with a Broadway production we’ll finally get an Original Broadway Cast recording. We can only hope that Jeremy Jordan will be able to repeat his performance as Jack Kelly. Jordan is currently scheduled to perform in Bonnie & Clyde on Broadway, a show he was in rehearsals for while performing Kelly at the Paper Mill.