Disney to bring Shakespeare in Love to London Stage 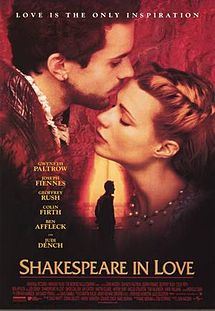 While Disney Theatrical got its start in Stage Musicals, they will be breaking the mold with their next production. Disney will bring the Oscar winning 1998 film Shakespeare in Love to the West End of London, known for theater and dining, with the help of producer Sonia Friedman.

There was a rumor a few years ago that Disney was working on a musical version of Shakespeare in Love, but this appears to be a straight play. Tom Stoppard, who co-wrote the original screenplay, is producing the adaption for this version.

What do you think? Should Disney stick with the musical or is branching out to regular plays a good move?

(via What’s On Stage)