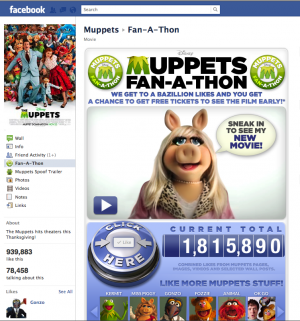 *Fun fact that I learned through my internship with the Jim Henson Company: The Swedish Chef was puppeteered by both Jim Henson, who voiced the character, and Frank Oz, who did the hands. They would have a lot of fun with this character, oftentimes by trying to make each other mess up. The pair is also famous for their work as Kermit and Miss Piggy, and Bert and Ernie, to name a few. 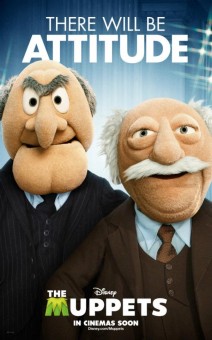 The Disney team has also uploaded several short, yet addicting, games. As they say on their Facebook page,

“We are all about addictive internet games that also serve as a promotional tool for our new film, The Muppets, in theatres this Thanksgiving. Do you see what we did there?” 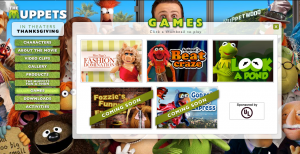 There is so much more I could show you from this campaign, but wouldn’t it be better for you to see for yourself? Go ahead – I dare you not to love it!