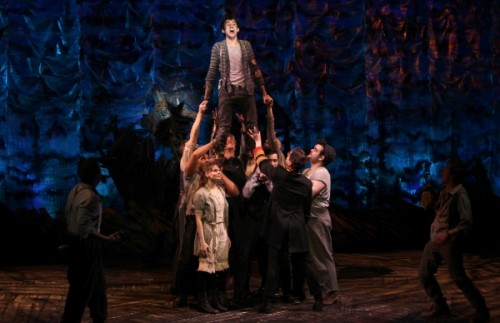 Yesterday, Disney Theatrical Productions confirmed that “Peter and the Starcatcher” will open on Broadway next spring. Similar to the feeling of the smash hit “Wicked,” the story follows the boy who will become Peter Pan. Some other familiar faces appear, including the pirate who will become Captain Hook.

The play was originally mounted last year at New York Theater Workshop, to critical and commercial success. (That production was an adaptation of Dave Barry and Ridley Pearson’s 2004 children’s book.) Christian Borle (“Legally Blonde”) and Adam Chanler-Berat (“Rent”) were in the original cast, but no casting information has been announced for the new production. The show will be directed by Alex Timbers and Roger Rees (who is in the current cast of “The Addams Family.”) The original production received five Drama Desk nominations and two Lucielle Lortel awards, so perhaps Disney has their eye on the coveted Tony award with this much anticipated transfer.