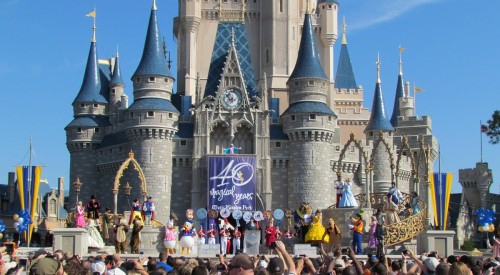 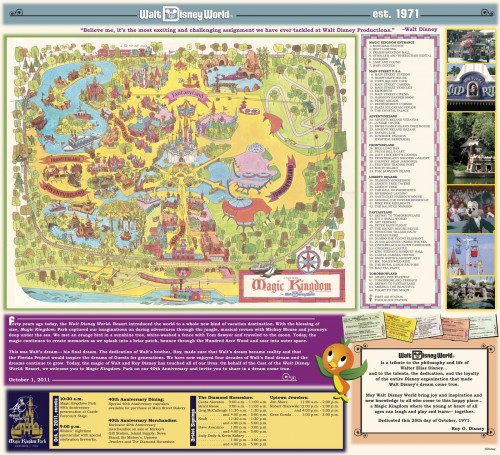 It was less of a parade and more of a character march. Some expected Disney to dig out the vintage costumes for the day, but they were all current versions. Some of these balloons were handed out to guests later. A nice touch. While the characters marched down the street the Main Street Philharmonic entertained. 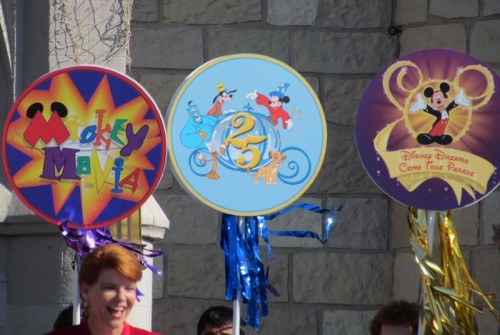 A closer look at some of the historic icons used in the parade. More icons and one of Walt Disney World’s ambassadors. 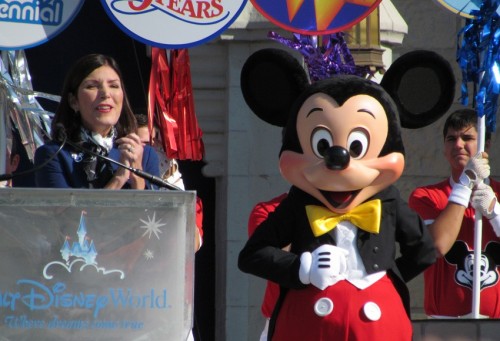 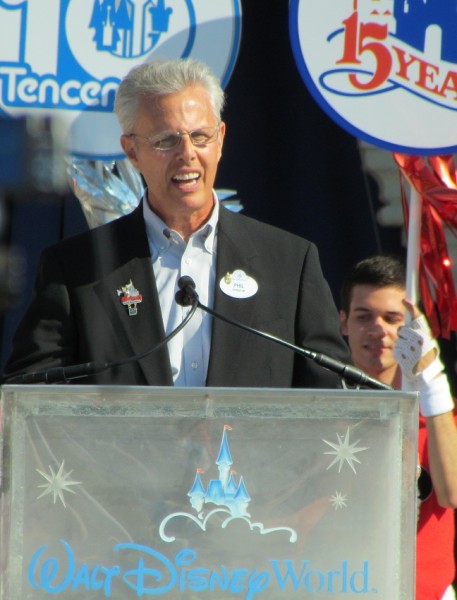 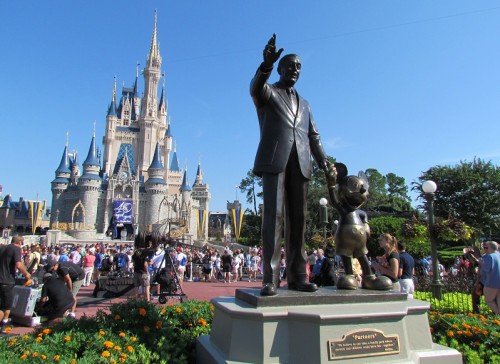 Lines for the limited edition merchandise were mega-long.

Finally meet George Bischak. He was an electrical engineer who helped launch the monorail system in 1971. He brought some memorabilia from the day and shares a few recollections of working on the system.

11 thoughts on “Magic Kingdom Turns 40 and Life Goes On”