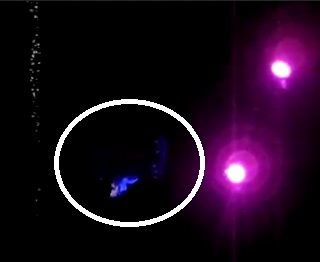 On September 25th at the 4:50 pm show of Aladdin – A Musical Spectacular at California Adventure there was a frightening malfunction of the flying carpet effect during the show. Thankfully, redundant safety systems prevented any real injury, but the show was stopped and the audience evacuated while performers on the flying carpet swung upside down above the audience.

This video shows the moments after the carpet flipped over. Both performers can be seen strapped into the carpet, but the Jasmine performer is obviously (and understandably) upset. So don’t watch the video if that bothers you:

Here’s another angle that shows the carpet actually flipping over:

Well, at least it wasn’t anything violent.

I wasn’t going to post about this incident, chalking it up to a freak accident, but it turns out this is not the only time the flying carpet effect has had problems. Spoilers and more details below:

If you haven’t seen the show, then you don’t know that the actors on the carpet aren’t the main performers of their roles for that show. The actual performers are backstage singing while doubles (who might be playing Aladdin and Jasmine in a different show) are on the carpet flying over the audience. So you can see how scared she was since even without a mic, she could be heard from the Mezzanine where this was filmed

This is not the first time the carpet effect has malfunctioned, a video from April of this year shows the carpet also stalled in near the same location, but did not flip over. Back when Aladdin first launched the show often ran without the carpet effect due to one malfunction or another. So this is not just a recent thing either. Let’s hope that after this incident they get it solved once and for all.

Finally you may have heard that, the Disney Fantasy, the fourth ship in the Disney Cruise Line, is planning to produce it’s own version of the DCA Aladdin show. They won’t be using the same technology for the flying carpet effect, however. So no danger of this happening at sea.

previousDisney Pumpkin Carving Stencils and Patterns
nextInterview with Directors of The Lion King reflect on 3-D update, origin of film