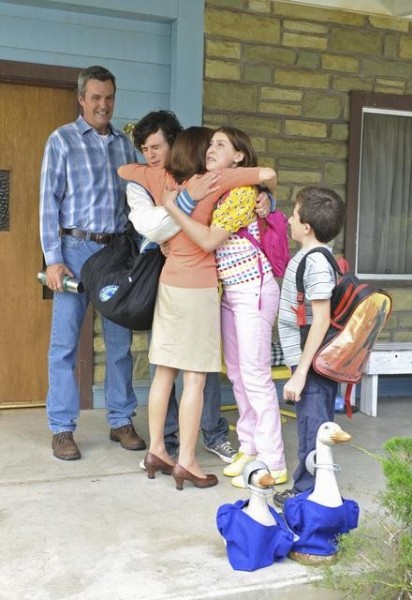 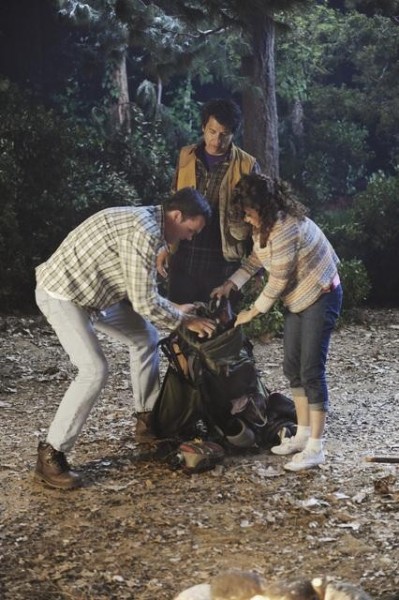 “Forced Family Fun” is a two-part season premiere. We learn through a series of flashbacks how Frankie and Mike spent their honeymoon and why Frankie says it was the worst night of her life. That’s where we meet Nicky Kohlbrenner, played by Ray Romano. Nicky recognizes Mike and Frankie from high school. Since Nicky was the manager of the 1983 high school basketball team, he was fully aware of Mike’s previous conquests, and suggests the perhaps Mike may have made a better pair with one of his old girlfriends.

“In an alternate universe, you and I could have been very happy,” Nicky confidently proclaims in an effort to tempt Frankie. Oh, the irony. There were several references to Heaton and Romano’s previous roles on Everybody Loves Raymond.

After the clouds of pre-FDA regulation sunscreen and bug spray settle, we find Brick catching his first fish and Sue finally becoming a woman just in time for her first day of high school, which Axl is determined to sabotage.

Frankie anchors the Heck family. It’s her insistence of family fun and her reluctance to see it happening right before her eyes that make her such an appealing character. She packs a blue snack bag full of wine coolers and frozen Snickers bars, only to have it fall off the top of the car as they pull out of the driveway. She forces the family to sit down and play a miss-matched board game that ends in the kids being sent back to their tents. The Middle relies on the everyday family strife for direction and Heaton’s dead-on motherly accuracy make it work.

Daniel Staten is an avid fan of Walt Disney World since 1993. His blog is currently in transition at (http://statenthefacts.com). Follow him on twitter @danielstaten.