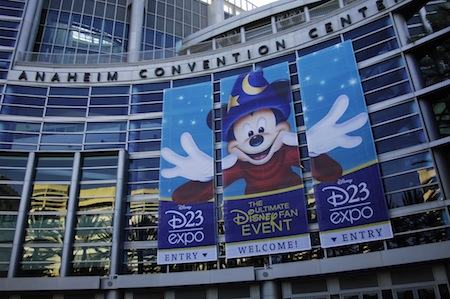 Then it was time for the 2011 Disney Legends Ceremony, which was, as you might imagine, magical. However, not everyone was able to attend the ceremony, so they had to settle for other really cool things like The Wonderful Words of Disney… Behind the Page: Kingdom Keepers presentation with Ridley Pearson. I would have loved to have attended this event to discuss some of my issues with the continuity, or lack thereof, within the series, but alas, Mr. Pearson was spared my fanboy criticism, and is probably the better for it. 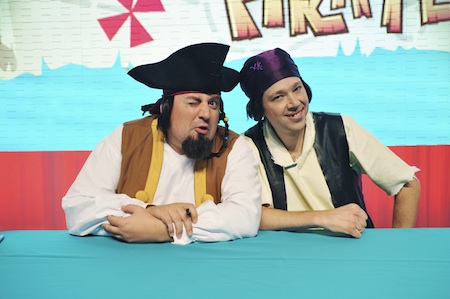 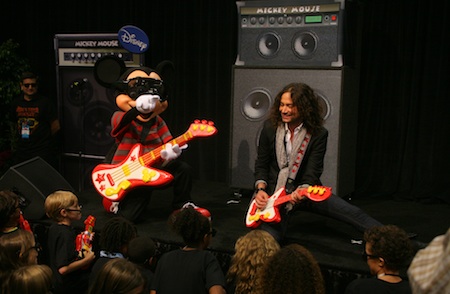 The day continued with a live performance of the Never Land Pirate Band, a world premiere screening of Prep & Landing: Naughty vs. Nice (featuring Dave Foley and other voice talent), a storytelling event with authors Dave Berry, Ridley Pearson and actor David Arquette, a performance with Rock Star Mickey and American Idol‘s Constantine Maroulis, the cast of Good Luck Charlie and a behind the scenes look with Imagineers at the making of The Little Mermaid — Ariel’s Undersea Adventure. 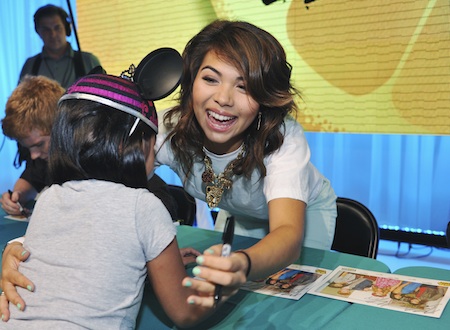 Also meeting and greeting, the original Tinker Bell model Margaret Kerry, filmmaker Don Hahn, author Don Ballard, the respective casts of Lemonade Mouth and So Random!, the voice of Belle Paige O’Hara, archives founder Dave Smith, voice of Mickey Mouse Bret Iwan, and, last but not least, the “Voices of the Parks” featuring the men and women who provide the voices you hear inside Disney parks. 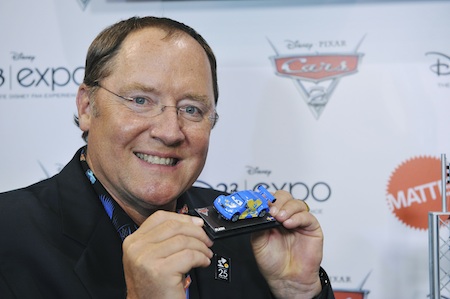 Somewhere in there was a giant expo floor featuring original artwork by Disney fans and artists, as well as a ton of booths and activities by Disney and other sponsors. Tom Staggs was talking about parks. John Lasseter was playing with Cars. Churros were everywhere. 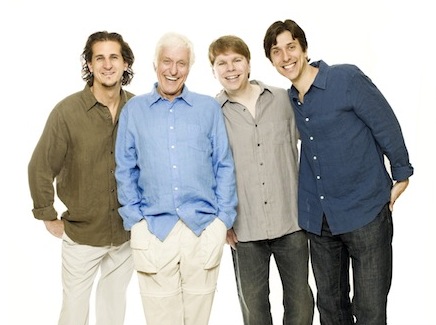 The night ended with a special performance by Dick Van Dyke & the Vantastix as they played songs from the star’s career and various other Disney hits. I missed this and I don’t want to talk about it (I’m sure it couldn’t compare to the back-to-school function at my boys’ elementary that I felt obligated to attend).

And that, friends, is the end of Day 1 at the D23 Expo. The Disneyland Resort is directly across the street from the Anaheim Convention Center (btw, the staff there was fantastic) and many a fan poured out of the expo to enjoy a drink at the very cool, but very, very, and one more very, small Trader Sam’s. Also, Star Tours!

All photos courtesy of Disney