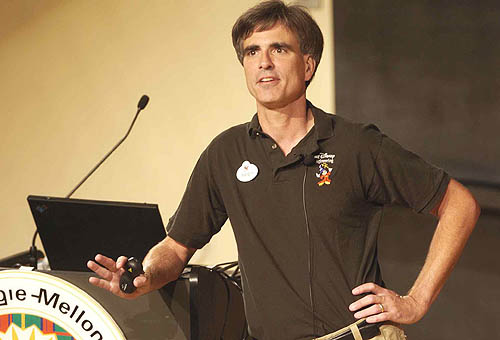 About 15 years ago Disney cut large chunks off the budget for the the Research and Development arm of Walt Disney Imagineering. All the big names WDI had attracted either saw the writing on the wall and left or were let go by Disney during this belt-tightening phase. But Disney’s research efforts a back, just in a new distributed form.

First, Wired magazine looks at a Motion Capture project Disney R&D has developed in partnership with Carnegie Mellon University. This interesting project turns traditional Mo-Cap on its head using cameras mounted on the subjects body, instead of pointed at it.

Then Orlando Sentinel then looks into another partnership of CMU and Disney R&D – Surround Haptics. If you’ve ever played a video game with a controller that vibrates in your hands, that’s haptics. But this project takes it to the full body level. This will help provide subjects in a virtual world with feelings that place them more firmly in that world.

Both of these sound like they have very interesting potential for Disney in film, games, and theme park applications. It also shows that CMU, going back to Randy Pausch, really has the best programs for those college students who are looking to become Imagineers themselves. Wish I’d known that decades ago.