For those familiar with the legend of Walt Disney the phrase Persistence of Vision. It was the name of a Disney history magazine, but also stood in for Walt’s driving force. So when I read a letter from one Disney/Pixar animator to those wishing to become animators themselves, one word really stood out – Persist. I don’t think that’s a coincidence.

In the letter, Pixar animator Austin Madison focuses on the word “persist” and how that has helped him stay creative in his career. Let’s read the letter: (click to embiggen if you can’t read in your browser) 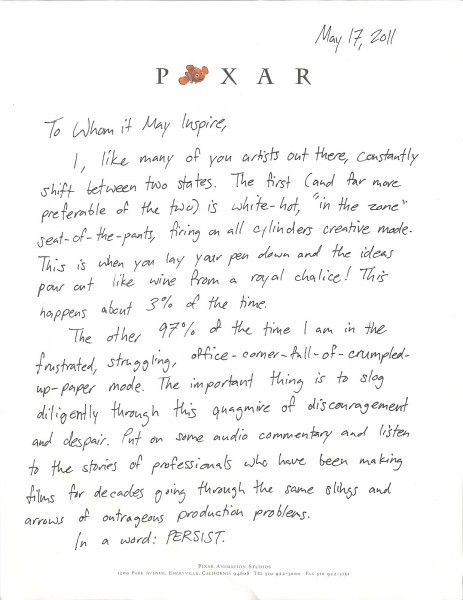 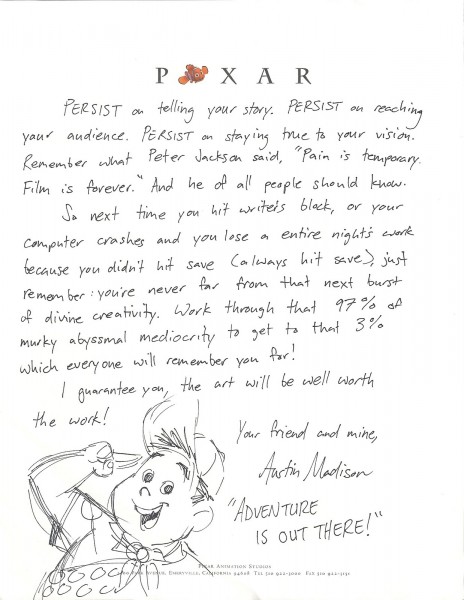 That letter was found on the new blog Animator Letters Project. It’s very similar to Letters of Note (which also highlighted and transcribed Austin’s letter), but dedicated to inspiring animators. The blog is looking for more letters from animators, so if you qualify, please consider submitting.