One Sheet and Release Date for “John Carter” revealed 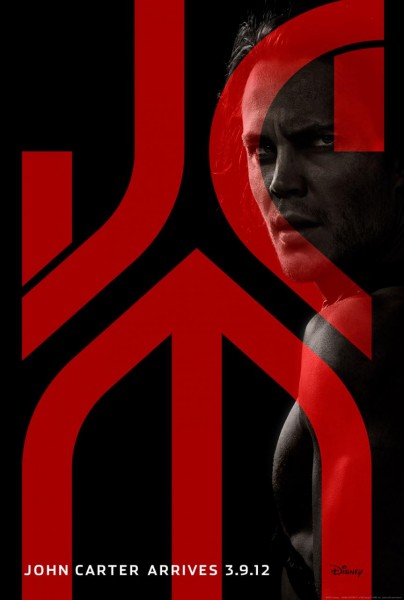 The One-Sheet and release date for Disney’s John Carter was released today. Odd that the initials on the poster are clearly J C M as in John Carter of Mars, the name of the Edgar Rice Burroughs novel this film is based on. Not sure why they changed the title myself.

From Academy Award(R)-winning filmmaker Andrew Stanton comes “John Carter”–a sweeping action-adventure set on the mysterious and exotic planet of Barsoom (Mars). “John Carter” is based on a classic novel by Edgar Rice Burroughs, whose highly imaginative adventures served as inspiration for many filmmakers, both past and present. The film tells the story of war-weary, former military captain John Carter (Taylor Kitsch), who is inexplicably transported to Mars where he becomes reluctantly embroiled in a conflict of epic proportions amongst the inhabitants of the planet, including Tars Tarkas (Willem Dafoe) and the captivating Princess Dejah Thoris (Lynn Collins). In a world on the brink of collapse, Carter rediscovers his humanity when he realizes that the survival of Barsoom and its people rests in his hands.

I give Disney props for taking on this book. A seminal work of science fiction/fantasy, its legions of fans are sure to turn out, but they’ll also be very critical of anything that strays too far from the source materials. What about you? Are you looking forward to “John Carter” or is there a collective “Huh?” going on in your head right now?