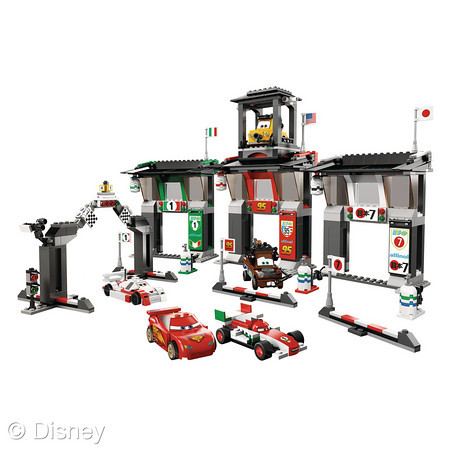 Take a behind-the-scenes look at a day in the life of a LEGO master builder. Erik Varszegi – the brilliant mind behind some of LEGO’s most impressive, Disney-inspired creations – has a three park video series featuring an inside look at the construction some amazing Cars themed LEGO sculptures.

Part two of this three-part video series, features an inside look at the construction of a life size Lightning McQueen model made entirely out of LEGO bricks. Measuring 12 feet long and over 6 feet at its widest point this smiling character is made up of almost 250,000 tiny bricks. Stay tuned to Disney Living YouTube for the third and final episode in the series featuring larger-than-life depictions of Toy Story’s favorite playthings, Buzz and Woody as well as a bonus episode providing a behind-the-scenes look with LEGO Creative Director Keith Malone at the making of the Cars 2 trailer made out of LEGOs.

The LEGO Group introduced its first full line of Cars toys consisting of 20 versatile and action-packed play sets recreating key scenes from the film — play sets so detailed that some come with as many as 800 pieces! Fans will have to snap up all the sets to complete their collection of their favorite characters in LEGO form.

Buy these and other LEGO Disney Pixar Cars 2 Collection