The Golden Horseshoe review lost two of its legends within one day when Wally Boag (wikipedia) and Betty Taylor (Disney Legend Bio) passed on in the last two days. They played Pecos Bill and Sluefoot Sue respectively in what became the longest running variety show of all time – The Golden Horseshoe Revue. Of course Boag and Taylor weren’t just Disneyland performers but also did voices for Tiki Room (Boag as Jose and the Barker bird in Walt Disney World) and America Sings (Taylor as the showgirl pig that sang Bill Bailey) and had their own careers outside of Disney.

Here are Taylor and Boag performing on a TV special:

Boag probably spit out over a million of those ‘teeth’ over his career.

“The world’s stage has experienced a great loss in the passing of Disney legend Wally Boag,” said George Kalodridis, president of Disneyland Resort. “Wally was instrumental in the development of live entertainment during the early years of both Disneyland Park and the Walt Disney World Resort.”

Comedian Steve Martin posted his tribute to Boag on Twitter:

To lose Wally Boag is enough of a tragedy for the Disneyland family. But to have Betty Taylor pass away just a day later is unfathomable.

Betty Taylor was the show’s longest performer, joining it in 1956 and remaining until its final performance in 1986. Taylor would continue coming to the Disneyland and could sometimes be found singing a song at the Main Street Piano Player at Refreshment Corner. While I definitely remember Taylor and Boag’s performances on stage, hearing Taylor belt out Bill Bailey while Rod Miller played the piano was an experience you never forget. 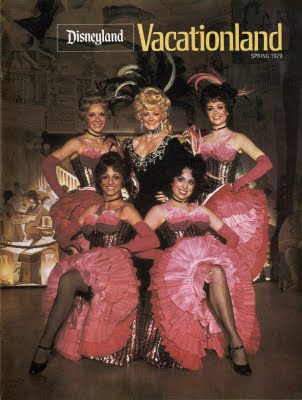 That’s Betty Taylor there in the middle in 1979

Updated to add this quote from Disneyland President: “We are deeply saddened by the loss of a second Disney Legend in just two days — Betty Taylor,” George Kalogridis, president, Disneyland Resort, says. “Betty’s role as leading lady in Disneyland’s Golden Horseshoe Revue helped turn it into the longest-running stage show in entertainment history. It is a tragic coincidence that her passing comes just one day after the death of longtime co-star Wally Boag.”

We Disney fans owe so much of our happiness to the creative geniuses of Boag, Taylor and Fulton Burley who made up the main trio of the Golden Horseshoe Revue for the bulk of its 45,000 shows. The Golden Horseshoe Saloon at Disneyland and Diamond Horseshoe Saloon here in Orlando have always seemed empty to me without the presence of a variety show. I hope they bring one back someday soon, the legacies of Boag and Taylor deserve that much.

The world is a lot dimmer today without those two fine performers in it. The Disney Blog sends its condolences to both their families.