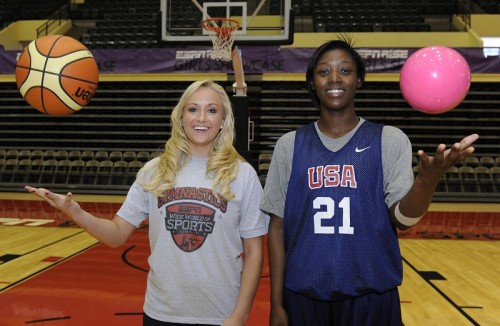 For the average Orlando traveler, the ESPN Wide World of Sports complex is one of the most under appreciated parts of the Walt Disney World resort. But for the athletes who train and compete at the complex, it is a central experience in the Disney magic. The ESPN RISE games have become a recurring event at ESPN WWOS and this year it expanded to include a whole new event focused on female athletes. So when I get the chance, I like to highlight some of the big names who help spread the word about what I like to think of as, Walt Disney World’s fifth gate. 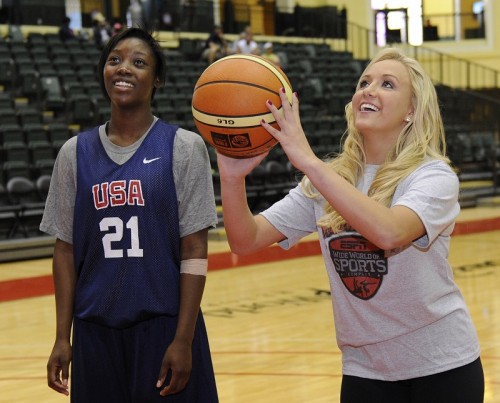 This week reigning Olympic gold medal winner Nastia Liukin of the United States worked with young gymnasts Friday during the ESPN RISE Girls Showcase at Walt Disney World and gave her most definitive remarks to date on defending her all-around title at the 2012 Olympics in London.

Liukin, who trains in Plano, TX, also interacted with the USA Basketball Women’s under-19 team, including fellow Dallas-area hoops star Alexis Jones (Irving, TX), at the sports complex at Disney and gives her thoughts on the Dallas Mavericks-Miami Heat NBA Finals matchup.

The USA Basketball Women’s under-19 team is competing at the sports complex as part of the ESPN RISE Girls Showcase, which brings together one of the biggest collections of elite female youth athletes in the country. The three-week sports festival involves nearly 15,000 elite and recreational female athletes competing in basketball, gymnastics (artistic and rhythmic), softball, taekwondo and volleyball.