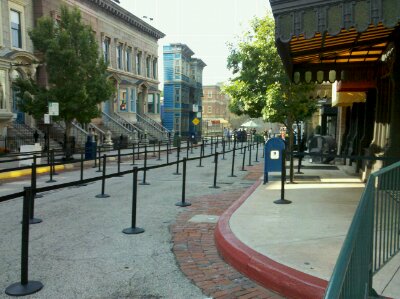 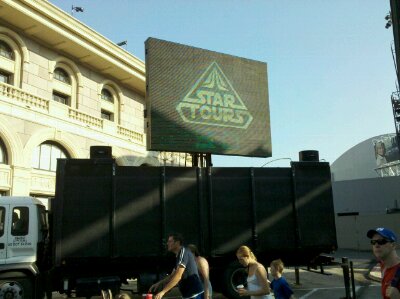 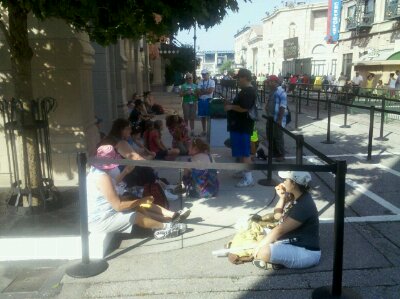 Even before the ceremony guests were queued up to be among the first to ride the attraction after its official opening. 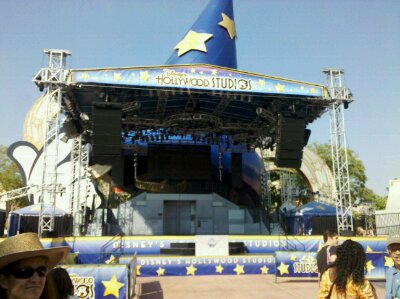 This year Star Wars Weekends has a great stage. 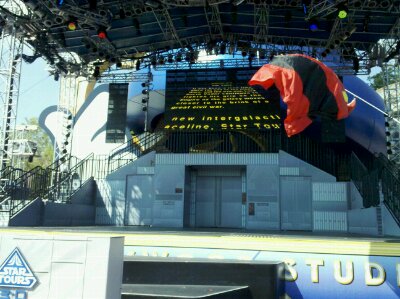 I loved that the new ride has its own pre-roll. I think I caught it all on film, check later when I have video. Anthony Daniels and C-3PO on stage at the same time. This led to a few funny moments. George Lucas and Bob Iger made a great entrance and opened the ride in grand galactic style. The ceremony was proceeded by a procession that featured the 501st Legion along with Disney’s cadre of Disney Characters. A better picture of Anthony Daniels on stage 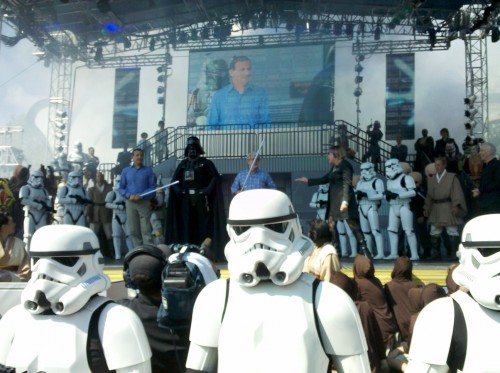 Bob and George entered with lightsabers drawn and defeated the darkside of the force. 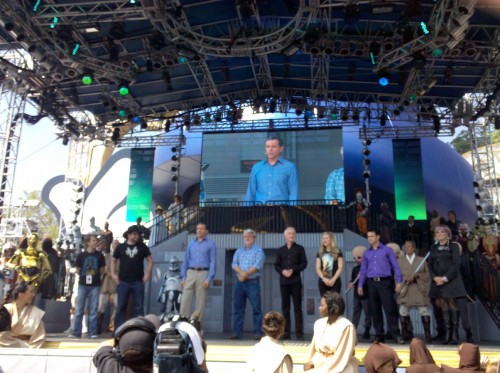 One more shot of all the VIPs up on stage. And that does it for my coverage today. Look for lots more over the coming week.

I still have those fastpasses to giveaway if you can find me in the park today. Enjoy Star Tours without the Standby wait.

Now, if I can only make it to Naboo!