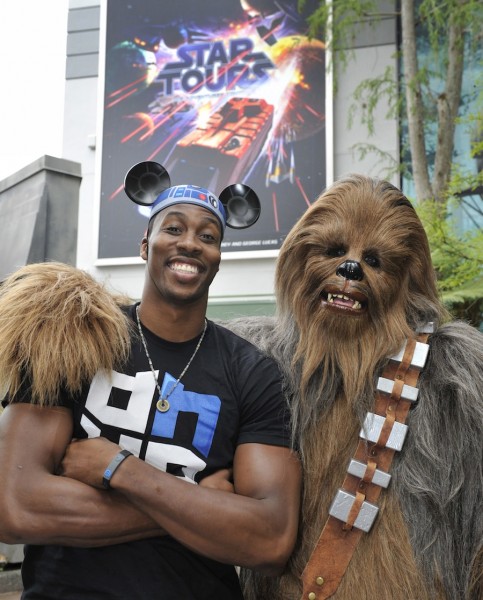 Although the Orlando Magic’s basketball season washed out in the first round of the playoffs, Dwight Howard (former NBA MVP and ‘superman’ of the court), knew where he wanted to go next – Walt Disney World. Here Howard gets chummy with the only character who can match his stature – Star Wars’ Chewbacca. Behind them is the soon-to-open “Star Tours – The Adventures Continue” attraction at Disney’s Hollywood Studios.

The new 3-D simulator attraction opens May 20, 2011 at Walt Disney World Resort in Florida, and June 3, 2011 at Disneyland Resort in California. The 2011 edition of Star Wars Weekends also launches on May 20th at DHS.