Dana Booton, my cousin, promoted to GM of Film Roman 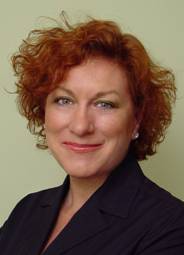 Okay, bear with me. I have to crow a little bit tonight. According to a memo on Deadline Hollywood my cousin by marriage Dana Booton has been promoted to General Manager of Film Roman. How does this relate to Disney? Well, Dana has done a lot of work for Disney in her own Studio and recently was in charge of the Marvel productions for Film Roman which Disney has been playing on Disney XD.

“Dana has a proven track record of success and accomplishment in her time at Film Roman and the animation business during her career,” said Albrecht. “Her credentials in traditional and CG animation will ensure that Film Roman continues the quality work and reputation it so richly deserves and remain at the forefront of securing new opportunities as the market for animated programming grows and evolves.”

“I am both honored and excited to take on the responsibilities and opportunities that this position offers me for the industry’s premier TV animation company,” said Booton. “Film Roman has earned rightfully a global reputation for animation excellence with a history of quality, award-winning work for its clients and business partners.  Its future remains incredibly bright thanks in part to wealth of animation talent in its workforce.”

Film Roman was sold to Starz Media last year and is known for its work on the Simpsons, The critic, and Wow Wow Wubbzy, among many others. Way to go Dana!

previousDancing with the Stars: In the Presence of Greatness
nextSteampunk Disney Princesses