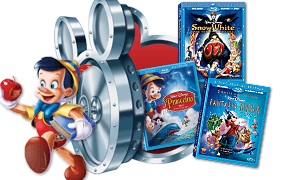 Disney animation fans looking to complete your collection now is your last chance to own three of the company’s most classic and beloved animated features. At the end of April Disney will closing the doors on the infamous Disney Vault removing the following DVDs from distribution:

After April 30th 2011, Disney will no longer distribute these films to stores and retailers. So order now, before your only option is eBay

Disney claims that this moratorium on releases is to make the movie fresh for a new generation of kids, but we parents and fans know it’s really just to frustrate us in our obsession to own one of everything. :)

previousDisneyland Railroad fueled by French Fry Oil
nextEPCOT Double-Decker Bus for sale – yours for a cool $400,000