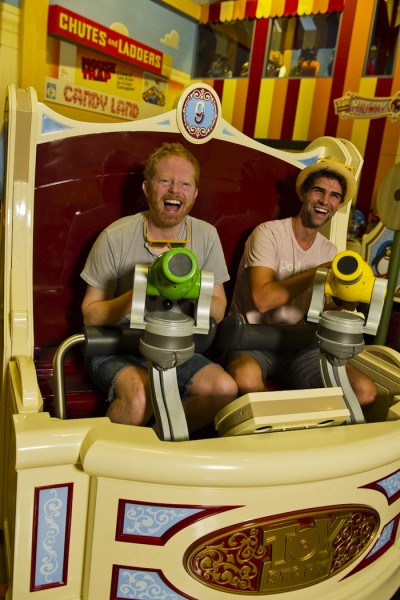 I noted on Twitter Friday that actor Jesse Tyler Ferguson was having fun at Universal Orlando which seemed odd given that he’s one of the stars of ABC television’s hit series “Modern Family.” Shouldn’t he have some brand loyalty?

Many answered my query with the info that he was spotted multiple times at Walt Disney World earlier in the week. Above is the official ‘celebrity press photo’ of Ferguson together with Justin Mikita enjoying Toy Story Midway Mania at Disney’s Hollywood Studios. Now, all is right in the world for at least a few moments.