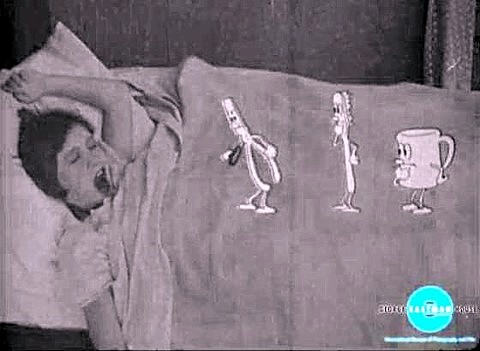 In 1926 Walt Disney was just trying to make his way in Hollywood. He would take whatever jobs he could get, including one from a Dentist back in Kansas City who wanted a short film he could show to encourage tooth-brushing and good dental hiegene. The live-action silent film, “Clara Cleans Her Teeth”, stars Walt Disney’s niece Marjorie Sewell, and what are likely other kids from the neighborhood. At about the 8:40 mark you can see some animation done by Ub Iwerks. Great stuff from a time in Walt Disney’s career that gets little play.

You can view the short yourself over at the George Eastman House website. While their enjoy more of the films, some rare and some obscure, saved by Eastman.