Tired of all the D23 events being on the left coast, well you’ll be happy to hear that tickets for Destination D: Walt Disney World 40th will go on sale February 24 at 10 a.m. PST; 1 p.m. EST.

More details below the jump if you’re inclined:

Walt Disney World Resort is celebrating its 40th anniversary, and D23: The Official Disney Fan Club is marking this milestone May 14 and May 15 with their highly anticipated member event Destination D: Walt Disney World 40th, another unforgettable experience available exclusively to D23 Members. The event will take D23 Members on a journey from the moment when the first parcels of land in Central Florida were purchased in 1964 through the opening of EPCOT Center in 1982 and beyond.

Guests may also now register for D23’s Great Disney Scavenger Hunt: Walt Disney World, which takes place May 12 & 13, and will send hundreds of teams across the Resort’s four theme parks in what will be the largest scavenger hunt to ever hit Walt Disney World! Registration for the Hunt is open to both D23 Member and the general public. (Registration for the Hunt is separate from Destination D.)

The weekend’s activities will illuminate the rich history of Walt Disney’s “Project Florida.” Destination D: Walt Disney World 40th will feature a remarkable gathering of Walt Disney World pioneers, retrospectives, screenings of rare and newly discovered film and TV footage and lively presentations that will give D23 members an unprecedented look at this truly spectacular World.

All Destination D guests will also receive a complimentary, limited-edition reproduction of the 1970 “Preview Edition” of the Walt Disney World souvenir guidebook from the Walt Disney Archives Collection. The 22-page, colorful book is just one of the gifts Members will receive. The complete Destination D: Walt Disney World 40th line-up (as well as information about D23’s Great Disney Scavenger Hunt) is available at the D23 Web site and includes:

Registration:            Open Friday, May 13 from noon – 9 p.m. Open Saturday, May 14 at 8 a.m. Registration will be located at the East Registration Counter in the Fantasia Lobby of Disney’s Contemporary Resort

Read more details, including how to join D23: The Official Disney Fan Club, go to 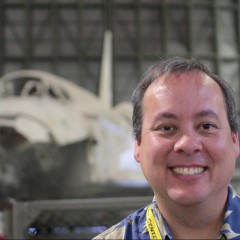 View all posts by Kevin Yee
Skip back to main navigation