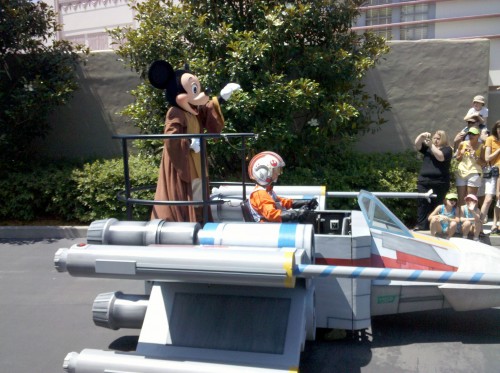 They have announced two guests so far, but no word as to what day or times they’ll be at the event.

Anthony Daniels, known worldwide for his portrayal of everyone’s favorite protocol droid, C-3PO, will return this year for Weekend 1 (May 20-22) and Weekend 2 (May 27-29). Trivia fact: C-3PO (or “See-Threepio” as many fans remember) is one of the few characters to appear in all seven Star Wars feature films.

Ashley Eckstein, the voice of Ahsoka Tano, in “Star Wars: The Clone Wars,” will appear each weekend this year as Celebrity Host of a behind-the-scenes talk show entitled “Clone Wars: Behind the Force.” Ashley is no stranger to Disney’s Hollywood Studios. Ashley, who grew up in central Florida, had one of her first show-business roles as a parade performer at the theme park.

More guests will be announced in time we expect. I’ll pass along the info as soon as I get it.

Aside, Disney mentions that Anthony Daniels has appeared in all seven Star Wars feature films. I only count six… unless they’re including the Star Wars Christmas Special.

Update: I am informed the animated film where Daniels voiced C-3PO counts as the 7th film. So let’s say 7 and a half films.