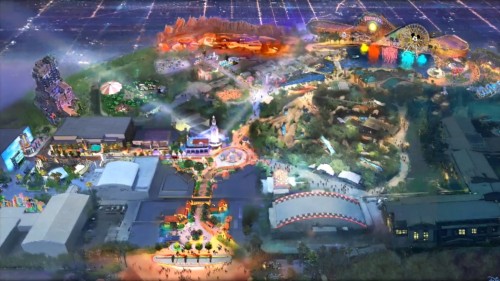 While Imagineers busy themselves fixing California Adventure so it is finally worthy of the name Disney, the park itself has become a maze of walls. But there is a vision that looks pretty good. There’s been plenty of concept art released, but they’ve decided to take it to the next level.

Disney has released this new video that takes concept art of the finished DCA and animates it so that you can imagine the park full of life. It’s a great idea. If you can, make sure to view the video on full screen.

I would liked to have heard a little narration, but the animation is cool. What do you think?