A double dose of patriotism today with President Obama honoring the fallen, injured, and heroic in Tuscon Arizona, and one man, previously honored by the President, saluted at Disneyland for his Medal of Honor. 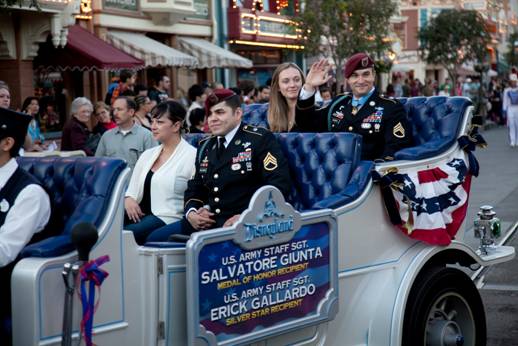 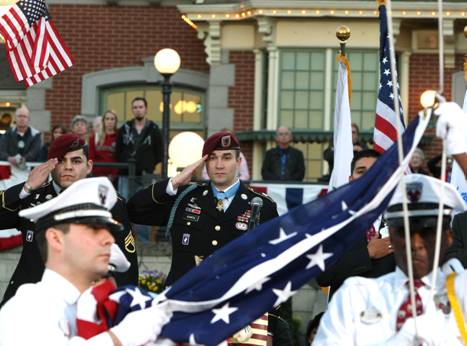 He is the first living service member to receive the medal for action in any war since Vietnam. Also honored was U.S. Army Staff Sgt. Erick Gallardo, Silver Star recipient and Southern California native from Chula Vista. Giunta and Gallardo served together in Afghanistan and were decorated for their heroism during the same battle. Both honorees enjoyed the day at Disneyland Resort with their families.