TRON: Legacy Review – The World of TRON is coming for you 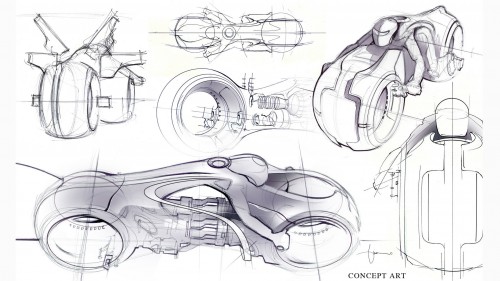 Like many fans (an estimated $50 million opening weekend means a lot of fans) I entered the world of TRON: Legacy this weekend. I remember seeing the original TRON when I was in middle school and being totally absorbed in the world. Of course, I was the films target demographic, young, male and in love with video games. To say I was looking forward to a return to that world is a given.

TRON: Legacy is a film that will leave viewers with a lot to be happy about. I felt it successfully created a believable world as it would exist if the original TRON continued to evolve and brought the world of Tron to a new audience more familiar with today’s technology. I saw it in 3D and, while it wasn’t as mind blowing as Avatar was, the 3D was nicely used and never played for effects. It just felt more immersive.

The film is not perfect by any stretch of the imagination. Parts of the story seemed wholly unnecessary to the plot. The predictable story plodded on un-imaginatively toward its inevitable conclusion. Most of the films surprises were telegraphed miles away.

But there was a lot to enjoy. The Dude has become The Flynn. The motion-capture work is just this side of great, but short enough that it does become noticeable at a few moments. Though the movement is linear there is a lot of action, even if it does stop periodically for a ‘The Dude’ moment or two.

Art Direction and score are what saves the film. The work by Daft Punk is everything you expect and rises and falls at the appropriate moments adding tension and excitement. In a world where the dominant color is black, you would think the art direction would be limited, but the world they created for TRON: Legacy is very imaginative and breathtaking. I can’t wait to visit it again.

The movie ends with a big question mark (or three). Actually, the whole movie left a lot of questions unanswered, leaving ample territory to explore should sequels be commissioned.

I don’t mean to sound too harsh. I really enjoyed the film. It’s a great popcorn film that totally lives up to the promise of the teaser trailer shown at Comic-Con over three years ago. It just needed stronger writing and direction. That is something that can be fixed in Tron parts 2 and 3 (or is it 3 and 4?). Let’s hope we find out.

5 thoughts on “TRON: Legacy Review – The World of TRON is coming for you”