Jan Stratton, Universal and Orlando has lost a star 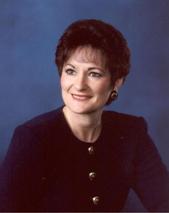 The community of Orlando has lost one of its real stars. The Orlando Sentinel reports that Jan Stratton was pronounced dead at ORMC tonight. My heart felt condolences go out to her husband Jack Cudworth and their children.

Stratton was Vice President of Community and Minority relations at Universal Orlando. But she got her start in 1975 at the Walt Disney World resort. Among the many organizations she assisted were Give Kids The World, the Valencia Community College Foundation, the Orlando Regional Healthcare Foundation, Arnold Palmer Children’s Hospital Advisory Board, African American Chamber of Commerce, Florida’s Independent Living Advisory Council, Association of Corporate Contributions Professionals, City of Life, Orlando Children’s Trust Committee, Harbor House of Central Florida, and the Hispanic Chamber of Commerce.

I met Jan and her husband Jack through the work they did at Give Kids The World (GKTW). She was tireless in her pursuit of the best experience possible for the special children who were granted a vacation to Orlando through GKTW. Through Stratton’s work, Universal characters were a regular fixture at the GKTW Village. Universal always had something amazing to auction at the yearly fundraiser and Universal employees were often on property making a difference in a child’s life, not to mention the fundraising work the employees did every year for the Village. That was Jan’s doing too. Stratton also made sure that Universal was there every holiday to give the staff of GKTW a holiday party of their own. I know that was appreciated.

When you look up tonight and see a new star shining brightly, know that Jan is still there making sure the magic happen for so many good causes and that dreams come true for children who have only known illness and pain. She is greatly missed already.