Disney Dream sails under own power for first time. 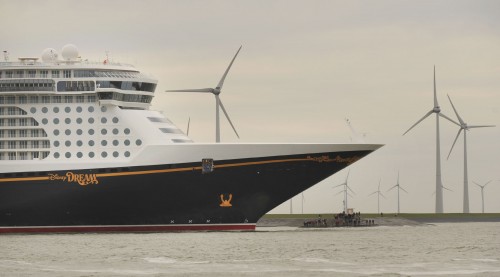 I guess technically there aren’t any sails (although wouldn’t that be cool) however, The Disney Dream, Disney Cruise Line’s newest ship, was photographed sailing under her own power in open water Nov. 13, 2010 on the edge of the North Sea in The Netherlands. After departing Nov. 12, 2010 from the Papenburg, Germany shipyard where it was built, the ship was tugged 26 miles down the River Ems during a 12-hour journey. This journey requires dismantling a few bridges here and there, so it’s not to be taken willy nilly.