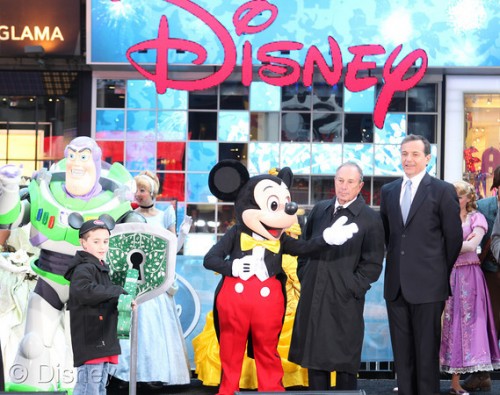 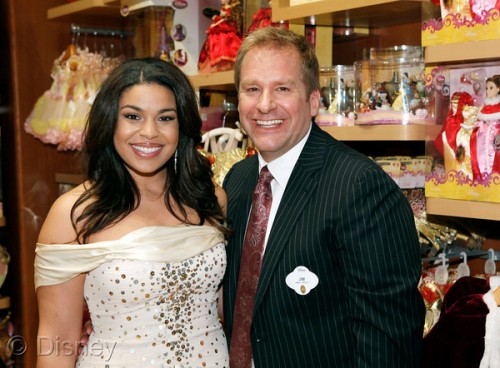 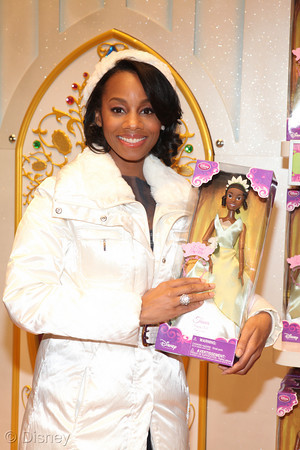 “Disney Stores play a critical role in how millions around the world experience our brand,” said Disney President and CEO Bob Iger. “The new store design allows kids and families to have a fun and immersive experience while shopping for their favorite Disney products. We couldn’t be more excited to open this new Disney Store worthy of New York and Times Square.” 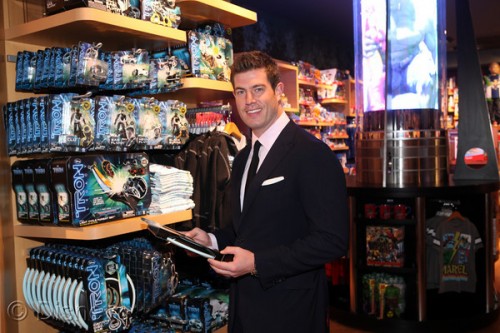 Robin Roberts from ABC’s Good Morning America hosted the opening ceremony, offering commentary as Disney characters magically arrived by horse-drawn carriages, classic cars and along trails of Pixie dust. The excitement built up as Roberts enlisted help from Mickey and Minnie Mouse to open the store. Cheers from the crowd rose as Mickey then called for reinforcements, triggering a dramatic entrance from Tinker Bell as she swooped in across Times Square’s iconic digital billboards followed by Buzz Lightyear jumping in to the rescue. Dazzling fireworks lit the sky as they applied the perfect blend of magic, innovation and technology to help Disney’s Family.com sweepstakes winners 9-year-old Aden Schwartz and his 5-year-old brother Trevor Schwartz from Boston, Massachusetts to “unlock magic” and turn the oversized key to officially open the store..

“The opening of the Disney Store in Times Square will help make the crossroads of the world an even more vibrant place to visit,” said Mayor Bloomberg. “New York City’s relationship with Disney dates all the way back to 1928 when Mickey Mouse made his debut in Steamboat Willie at the Colony theater. From the 1964 World’s Fair in Queens where the ‘It’s A Small World’ attraction was first seen to Disney’s more recent investments in one of the City’s oldest and greatest theatrical landmarks, the New Amsterdam Theatre, Disney continues to bring magic to the millions of residents and visitors of New York City and jobs and activity to our economy.”

Guests flooded the store when doors opened at 1 p.m. to be among the first to experience the two-level, 20,000+ square foot store and its key attractions including:

Each feature brings to life the stories of Disney’s most popular characters for local New York residents as well as the estimated 26 million tourists that visit Times Square each year. To extend the magic to as many guests as possible each year, the Disney Store Times Square will be open 105 hours per week, 9 a.m. to midnight every day.