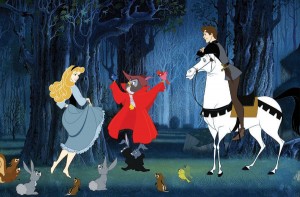 At first glance the white horse in Tangled looks like the same white horse that Disney animation puts into every Princess film. He’s the comic relief, the sidekick, the trusty steed. It’s so cliche that Shrek spoofed the idea by putting Donkey in their film.

So with that in mind meet Maximus. He’s determined, honorable, and eager to uphold the law–even if it means taking the mission of tracking down the kingdom’s most notorious thief into his own hoofs. But most of all he’s nothing like that other horse, except in color.

The more I see of this movie, the more I want November 24th to be here tomorrow.

Btw, was that Fantasyland or Belle’s village I saw?